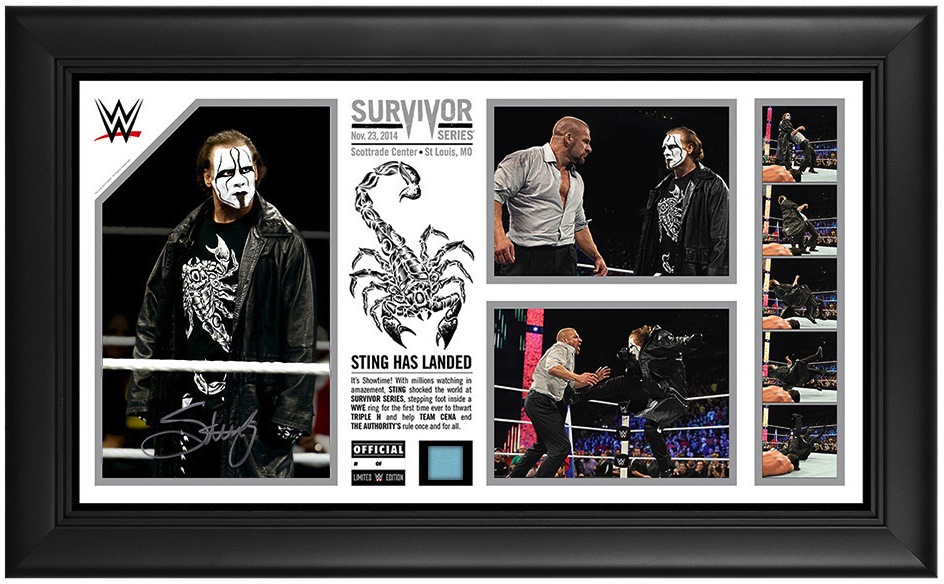 He hasn’t had a single WWE match yet, but he has a WWE-certified autograph.

The storylines that will lead long-time wrestling star Sting, aka Steve Borden, into his first match with World Wrestling Entertainment have yet to be written, but the veteran already has signed his name on 500 photos for his first WWE-sanctioned autographs — this Survivor Series plaque that is currently for sale on WWEShop.com.

His first WWE trading cards are still to come — 2015 Topps WWE arrives on Feb. 18 and there’s not yet any word on whether he’ll have autographs there — but he’s got plenty of non-WWE appearances over the years as he has held countless championships and picked up countless more honors in a highly decorated career with the NWA, WCW and TNA.

The plaque is limited to only 500 copies and sells for $199.99. It’s 27.75 inches by 16.25 inches and includes a piece of the ring canvas from the Survivor Series where Sting recently made his in-ring debut by interfering with the main event of the pay-per-view.