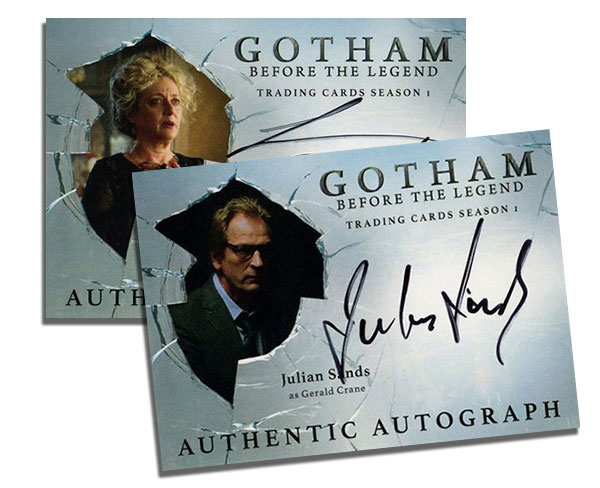 From flawed heroes to villains we can somehow relate to, there’s a deep shade of grey that resides in TV’s Gotham. There’s one place this doesn’t hold true and that’s on the 2016 Cryptozoic Gotham Season 1 Autographs checklist. Once the names are announced, it’s black and white. They’re in the set. While the roster continues to take shape, all signs point towards a deep checklist of both regular and recurring characters.

As standard with other sets of Cryptozoic trading cards, the list of signers is slowly being rolled out as actors add their signatures to the cards and return them back. This prevents two things. The first is no redemptions. A card isn’t part of the product until it’s received back. This approach also ensures there’s no letdown that comes with an actor being announced and then said actor failing to fulfill their end of the deal.

Autographs are inserted one per 2016 Cryptozoic Gotham Season 1 box.

Below is a full list of who’s in thus far. 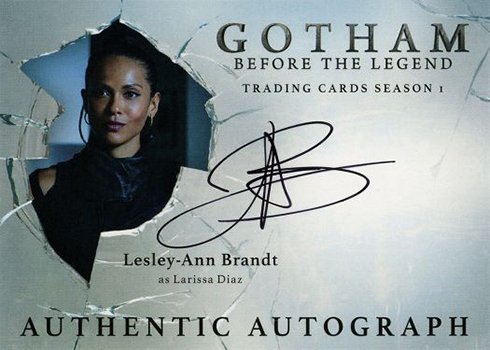 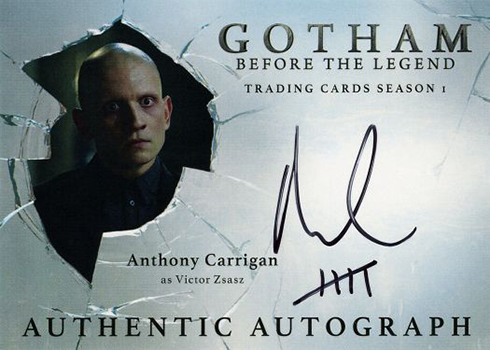 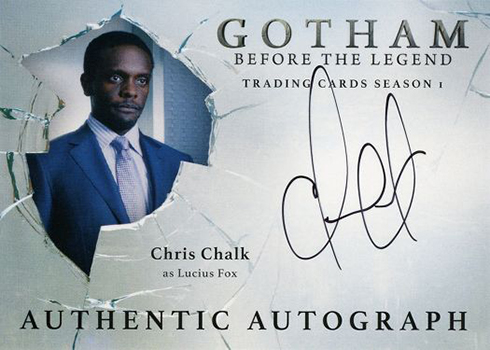 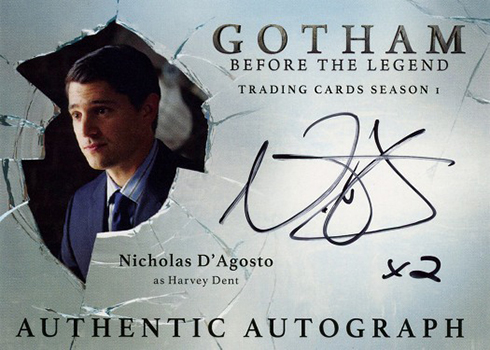 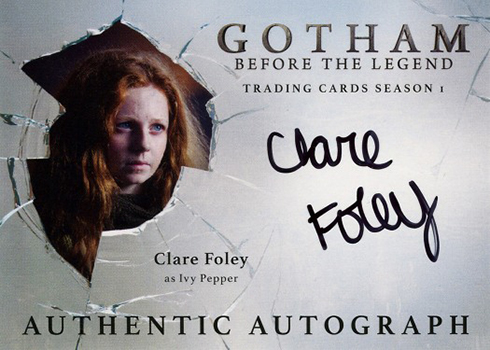 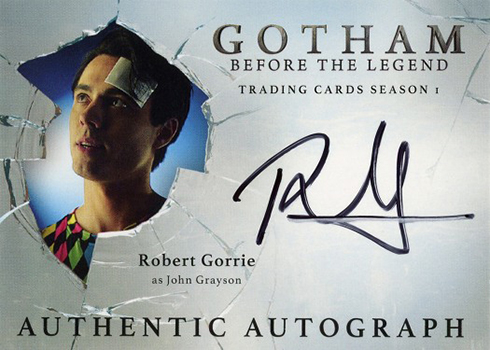 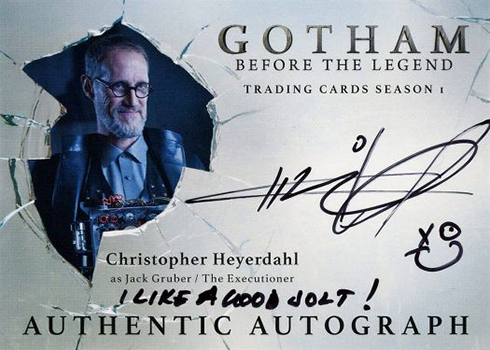 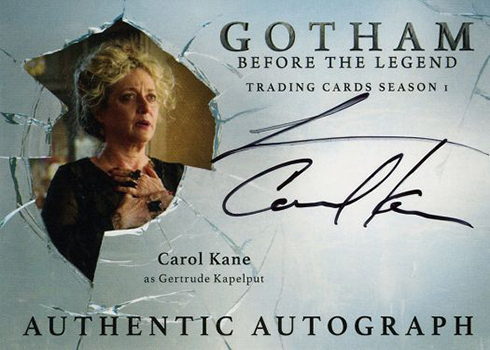 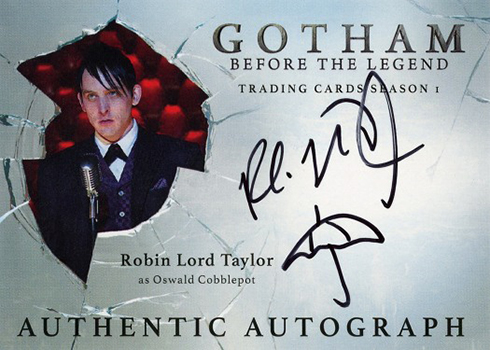 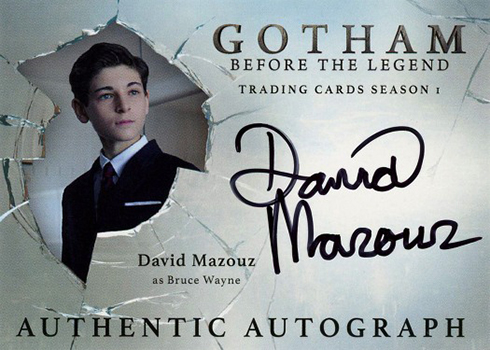 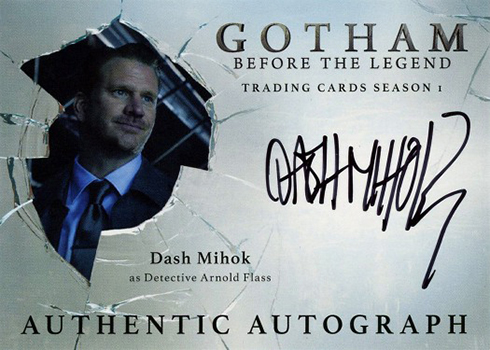 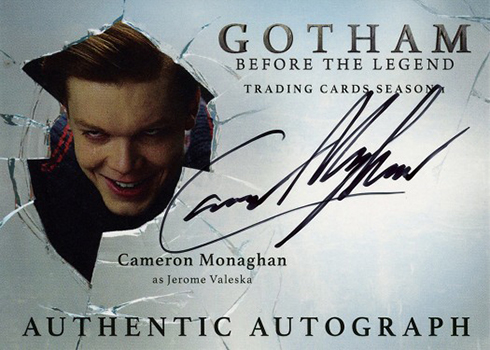 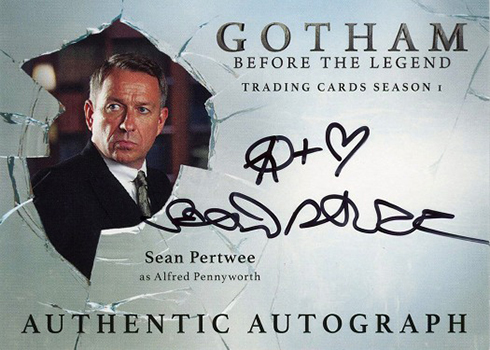 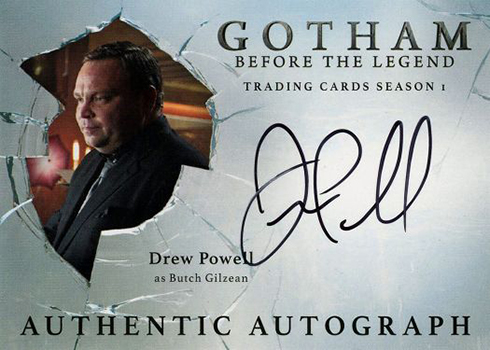 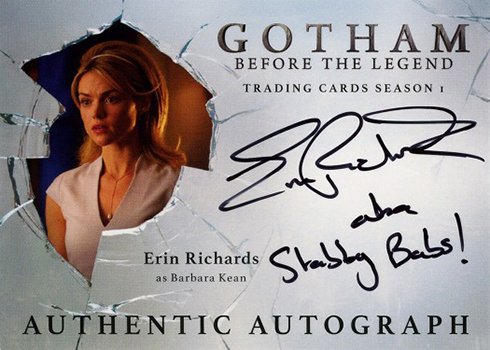 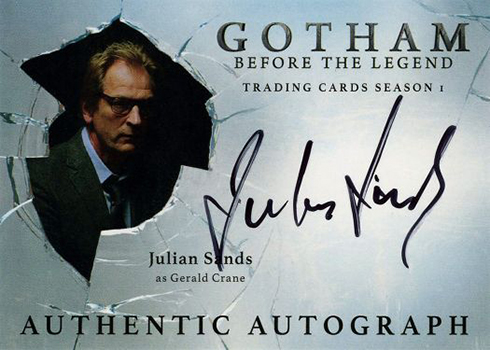 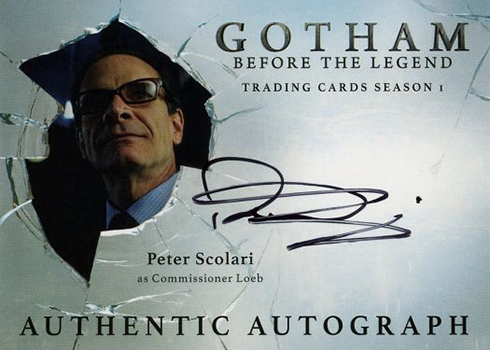 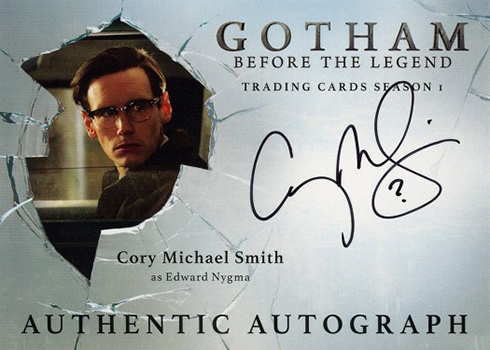 Todd Stashwick as The Mask 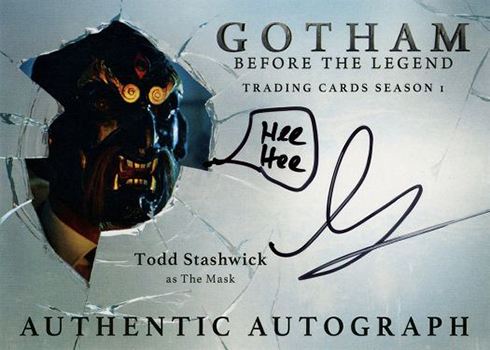 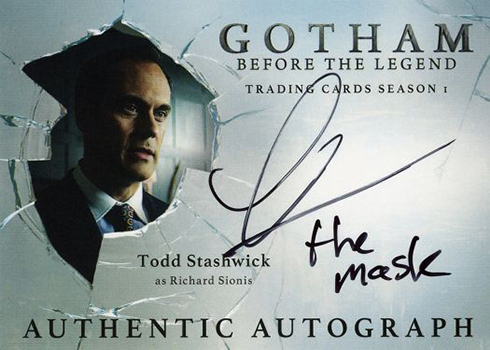 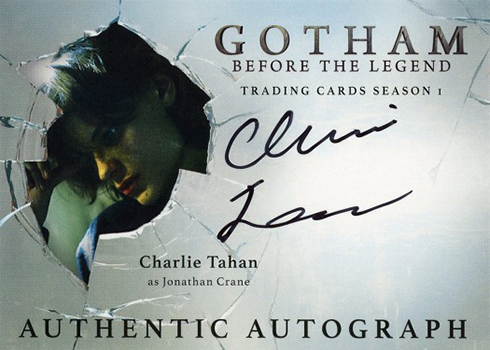 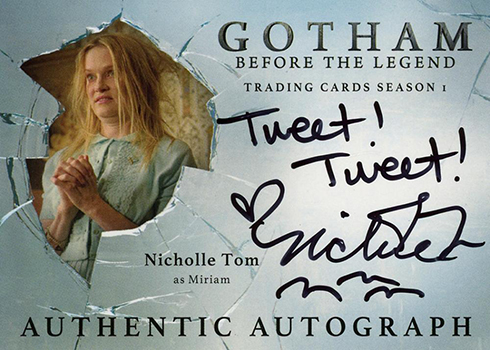 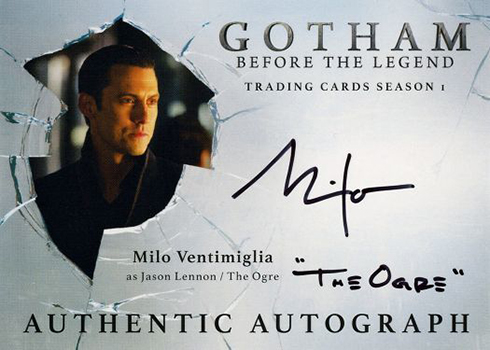