Who Is the 2016 Bowman Lucky Autograph Redemption? 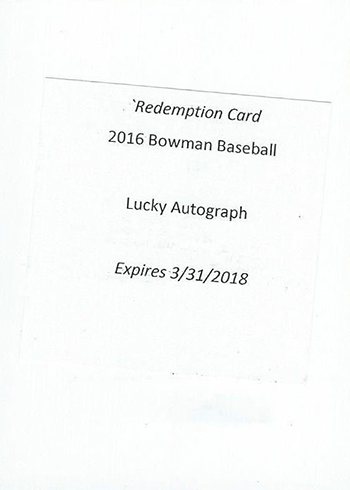 In a roundabout way, Trevor Story has made his way onto the 2016 Bowman Baseball checklist. He doesn’t have any regular or prospect cards in the product but the Rockies rookie has been named the 2016 Bowman Lucky Autograph redemption.

As has been the trend the past few years, the mystery redemption card is randomly inserted in packs. At the time of Bowman’s release, the subject is unknown, usually giving Topps a chance to add a key rookie making their debut early in the season.

These cards also lead to lots of speculation among both buyers and sellers. The mystery of the 2016 Bowman Lucky Autograph redemption has been solved.

Those redeeming one of the cards will receive a 2016 Bowman Chrome Trevor Story autograph done in the same style as the set’s Rookie Autographs. 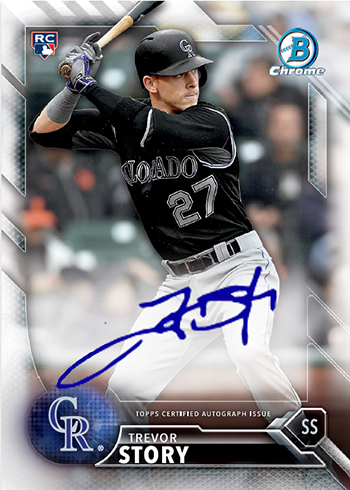 Now This Is an Impressive Collection of ...