Who Are the 2016 Select Football XRC Redemptions? 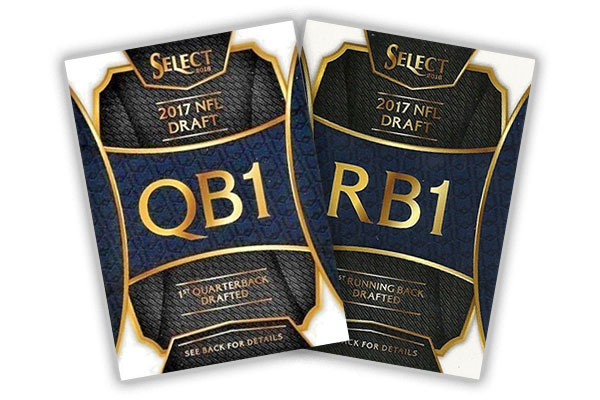 Specifically, let’s look at the 2016 Select Football XRC redemptions and figure out who the mystery players should be.

Randomly inserted in packs of 2016 Select Football, the redemptions come in five categories, all of which involve 2017 draft picks. Because it’s a 2016 product that came out a couple of months before the first name was called, the cards themselves don’t mention any names. Rather, it’s all about position and when they were picked.

Quarterbacks, running backs, wide receivers, tight ends and defensive players are the categories they fall under. According to the redemption cards, the first five players selected in each category make the final checklist.

Besides the basic redemptions, each has three parallels, which are noted on the back: Tie-Dye Prizms, Gold Prizms, and Black Prizms.

Wondering who your redemption is good for but don’t want to look through the entire draft results (even if they are neatly organized)? Here’s a breakdown of who to expect when the final cards are sent out.

Click on the links to see what’s available for that card on eBay. 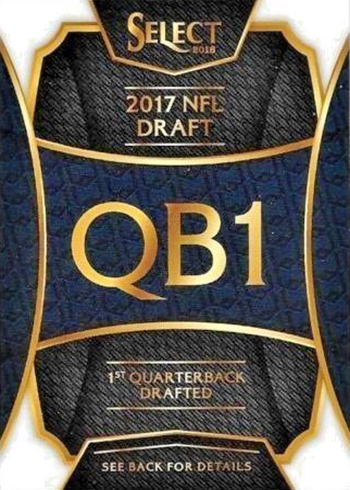 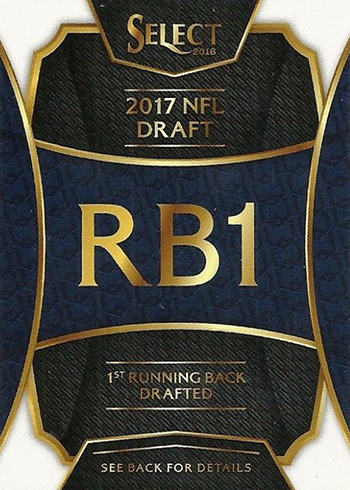 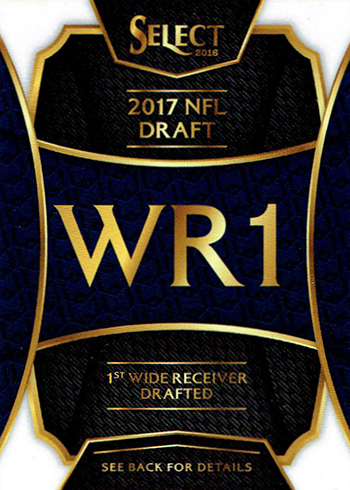 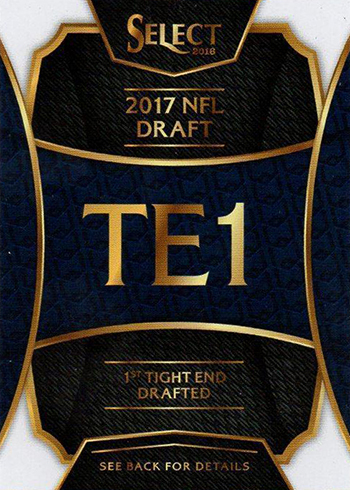 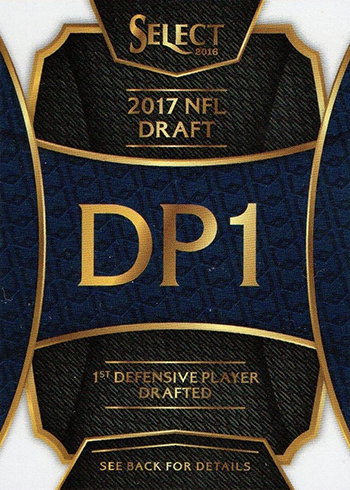