Here are three standouts from an eventful Week 5 in the NFL:

When you put up big numbers and beat the defending Super Bowl champions, there is a good chance that you will be an MVP for the week. Derek Carr threw for 347 yards and three touchdowns while leading the Raiders to a 40-32 victory over the Kansas City Chiefs. Carr’s card values have taken a dip lately but he still sells well. The new scenery in Las Vegas certainly adds some freshness to a new fanbase. 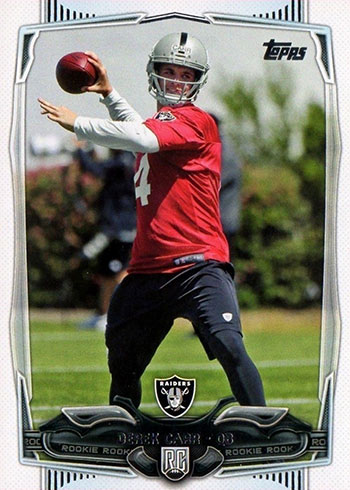 Rookie Chase Claypool had the best game of his short career on Sunday against the Eagles. He caught seven passes for 110 yards and three touchdowns. He ran a fourth touchdown in as well. There is growing interest in his cards lately and his values are going up. Being on a highly collectable team like the Steelers is another plus. 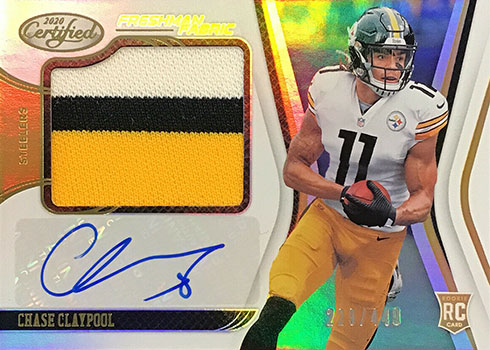 The once 0-4 Texans just had a kickstart to their season when they fired their head coach/GM last week. They came out and dominated the Jacksonville Jaguars. Brandin Cooks had the biggest game out of all receivers in that game, going for 161 yards and a score. Interest in his cards has waned in recent years but playing a key role may help rebuild some of that interest. 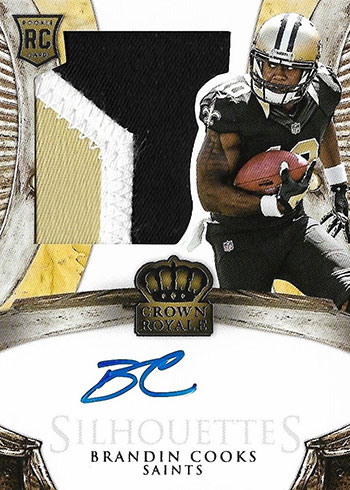