Wacky Packages back for another series Wacky Packages are back for another series.

Series 9 will come out in late July parodying many popular products, including video games and apps.

Topps released some images of the upcoming set, but more could be found at the Philly Non-Sports Card show last weekend.

In addition to the base cards, the set will include sketch cards, die-cut magnets, die-cut motion tags (you can put them on your luggage or backpacks) and many parallels.

“It’s almost a counter-cultural thing,” Topps editor Colin Walton said at the show. “Kids go shopping with their parents and they see all these products. This makes it fun and interesting again. And even when you like something, you make fun of it.”

Some of the parodied products include Angry Birds, where instead you can fling Angry Nerds. Or OLD Super Mario Brothers. If these guys ever aged from the date of the original game, this is what they would probably look like now.

There are also plenty of food products such as the “Bulges,” a play off Bugles. Messages on the wacky package include “Expiration date: SOON, if you keep eating these!” and “Free Bypass in each bag.” 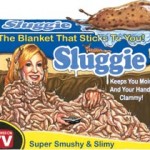 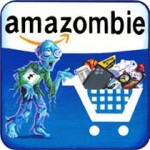 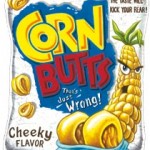 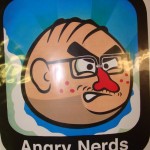 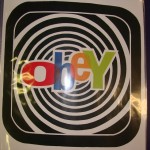 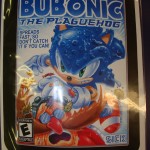 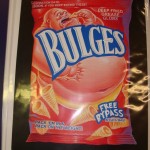 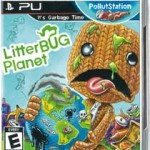 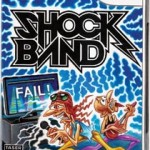 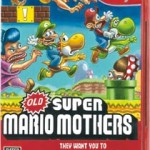