Vintage Break added to the National 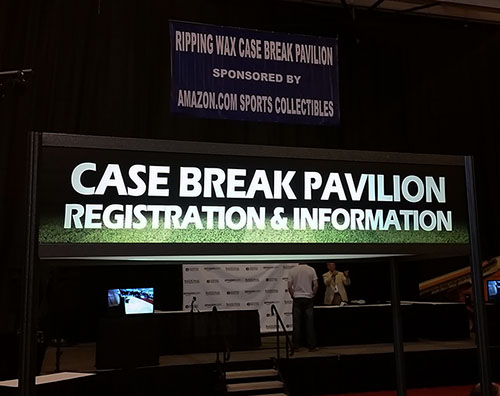 The 36th National Sports Collectors Convention is a little over a month away and collectors from all over the world are expected to come to the Donald E. Stephens Convention Center in Rosemont, Illinois to enjoy the world’s largest trading card show. It is an event that has continually evolved since it debuted in 1980 and organizers are looking to expand upon last year’s case breaker pavilion with a special break that will deliver some drool-worthy collectibles.

In conjunction with Heritage Auctions and RippingWax.com, the first National Vintage Break will take place at noon on Saturday, August 1 and 15 lucky collectors will have a shot at items that include a baseball signed by Babe Ruth.

What are some of the other items scheduled to be a part of this historic break? Find out after the jump.

At a cost of $2,500, this break will be an expensive one to join, but the treasures that participants can potentially end up owning are quite significant and draw from the greatest athletes of all-time. Participants will find out their spot in this hit draft through selection via Random.org and the even will be broadcast online from the main stage. The complete list of items available in this break are as follows:

Stephen Laroche is the editor of Beckett Hockey and a contributor to other Beckett Media publications. Have a comment, question or idea? Send an e-mail to him

On the Rise: Vladimir Tarasenko