Upper Deck‘s latest high-end line of college basketball cards arrives on Friday packing a player-centric configuration and some big names in every box of 2011 All-Time Greats.

As previously reported, the product will include a melded version of Letterman and UD Glass cards with a strong crop of autographs in the product, but the real allure is the autograph checklist that includes just 20 players.

That means there’s a pretty solid chance at finding a Michael Jordan or LeBron James autograph inside the boxes, which will contain just four cards. The catch? Each four-card box will contain three base cards and one autograph — each of the same player.

However, there will be mystery packs to be found as well. Those will include several players inside.

Also to be found are an All-Time Nine autograph booklet as well as Legacy Booklets, which pair a modern star with a cut of a past legend.

See more images from the brand below. 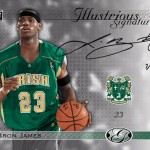 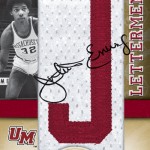 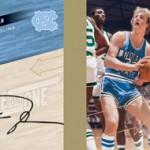 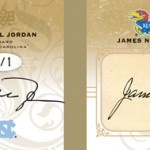