Upper Deck plans to release the definitive set for one of the greatest golfers in history.

Later this year, UD will release the 2013 Upper Deck Tiger Woods Master Collection. These types of products contain a number of rare items, but also collectors will have to pay for the exclusive nature of the set.

Each box includes three autographs, including an autographed memorabilia item as a box topper such a signed pin flag.

Some of the different types of autographs include hand-painted Masterpieces cards numbered to 10 and Historic Duos pairing Woods with a cut autograph numbered to two or fewer. The Master Collection will come with one of 14 different Slambalaya cards honoring each of Woods’ 14 majors.

There will also be one Tiger Woods Championship Gear card in every box.

Upper Deck recently announced a new Michael Jordan University of North Carolina Master Collection. UD produced master sets about 10 years ago and seem to be in the swing of things again. 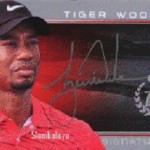 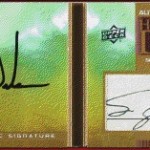 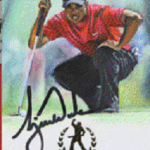 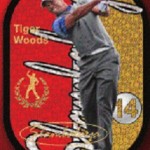 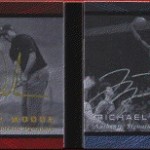 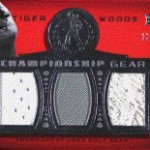