Chicago Blackhawks collectors are getting a special set from Upper Deck.

UD is creating a commemorative set for the 2013 Stanley Cup champions. The cards will feature players such as Jonathan Toews, Patrick Kane and Corey Crawford.

The 30-card set will have 25 player cards and five season highlights. In addition, an oversized box topper will be included of a 3 ½-x-8-inch celebration photo of the Blackhawks winning the Cup.

Upper Deck expects the product to release in late July for about $20. 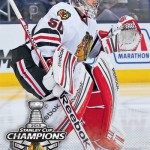 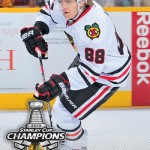 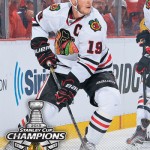 Then and now: NBA coaches on cardboard