Upper Deck surprises with “A Day with the Cup” The Stanley Cup could show up in some crazy places. On top of a mountain, on a joy ride, or even used to give a child a bubble bath (Remember that ESPN commercial?).

Upper Deck created an unannounced insert set in this year’s 2011-12 NHL Upper Deck Series 1 that showed off how the Boston Bruins celebrated their time with the Cup with an insert aptly named “Day with the Cup,” the company said in a release.

The idea for the set was spawned after seeing an image from the Chicago Blackhawks’ Andrew Ladd holding the trophy at the top of mountain after the 2010 championship.

The NHL seemingly understands crazy things some hockey players will do with their time with the Stanley Cup, so officials from the Hockey Hall of Fame have kept archived pictures since 2003 of the occasion.

Upper Deck partnered with the Hockey Hall of Fame to chronicle the Boston Bruin players as the Cup made its way through the team.

Fourteen players appear in Series 1 and the remaining players will be in Series 2.

Which card is your favorite?

I like the Atlantic City one being I live so close to the area. Though it would have been cool to see Dennis Seidenberg sitting with the Cup at a blackjack table.

Here is a gallery from Series 1. 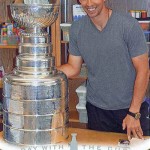 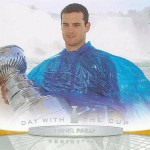 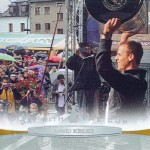 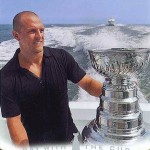 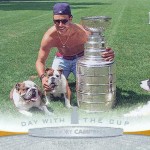 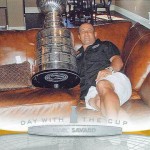 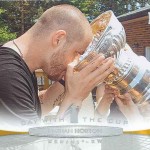 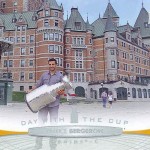 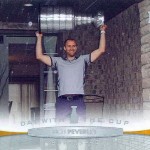 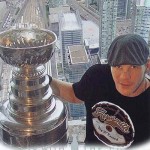 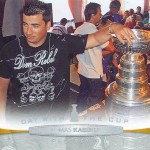 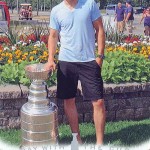 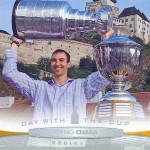