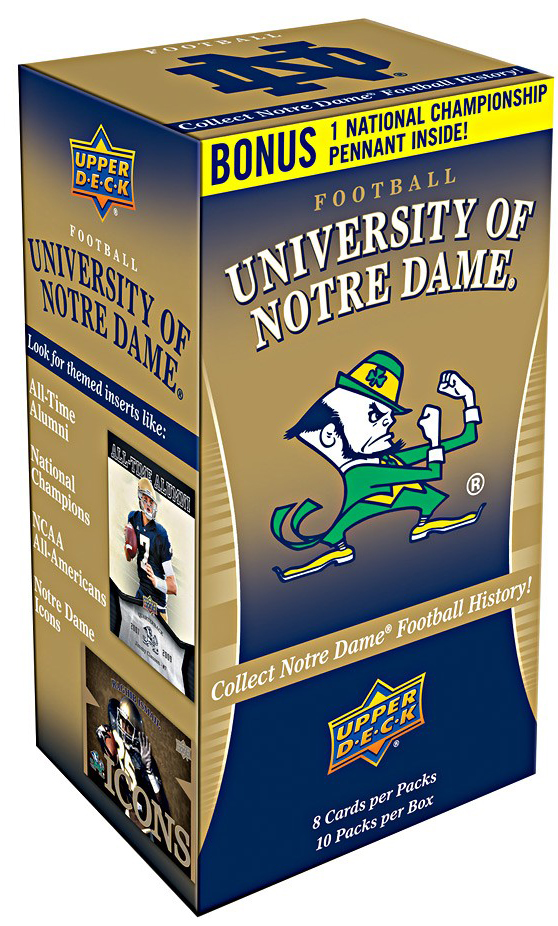 One of college football’s most-storied programs is sticking with Upper Deck.

Notre Dame has signed a multi-year deal to have its trading cards made by the Carlsbad, Calif.-based company beginning this spring.  The deal will include sports cards beyond just the gridiron.

“The University of Notre Dame boasts an impressive list of athletes as alumni and has one of the most passionate fan bases in college sports” said Jason Masherah, President of Upper Deck, in a prepared statement. “Over the last five years, we have built a strong partnership with Notre Dame and we continue to be dedicated to producing the most creative and innovative collectibles for Notre Dame fans to enjoy.”

The first Upper Deck Notre Dame football set was released in 2013, a comprehensive release that included stars from a century of domination and memorable moments. With this deal, the company said it will branch out to other sports and also memorabilia lines.

Earlier this week, industry insiders told Beckett Media that Panini America‘s signing of major college schools has included many universities previously covered by Upper Deck’s exclusive with the Collegiate Licensing Company — virtually all of the major players on the college landscape.