Upper Deck‘s new World of Sport set offers some of the biggest names in several sports, but the two autographs up for grabs in a contest tied to the product are perhaps as big as it gets.

The Carlsbad, Calif.-based company announced Tuesday a contest that will get five dual-signed Woods-Jordan cards into the hands of lucky collectors who send a box lid to the company along with pertinent information.

Get a look at the card — and get the details on how to enter — after the jump.

1. Write your name, address, phone number and e-mail address on the back of the World of Sports box top.

The winners will be announced on April 7. 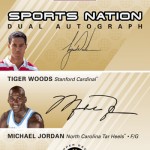 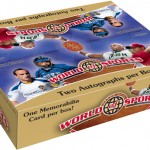