Ernie Els is one of the world’s top professional golfers, but for years and years of golf sets, no card company has been able to land “The Big Easy” to an autograph deal.

Upper Deck announced Els is going to have trading cards, including his first licensed autographs in its upcoming 2012 SP Authentic Golf in July.

Els turned pro in 1989 and has played on the European and PGA Tours since the early 1990s.

Els has been extremely limited on trading cards appearing on just one card, according to the Beckett database. Els’ one card was in an offbeat set sold in England in 1996.

In addition to Els, Upper Deck is including other athletes who are big fans of golf in a subset entitled Parade of Stars, which comes in autograph and non-autograph form. While UD is bit tight-lipped on which celebrities are going to appear on the set, two athletes include football star Drew Brees and hockey great Wayne Gretzky.

The Parade of Stars subset is a way to get added value into the set while also drawing collectors from sports as well. 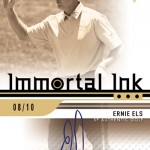 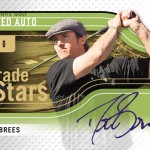 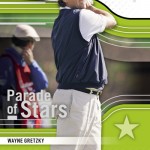