A box of 2012-13 Black Diamond hockey yields parallels, jersey cards and the potential for autographs. However, one of the reasons collectors are picking up boxes of Black Diamond has nothing to do with the above.

The Upper Deck Ice bonus box topper, is getting a lot of attention.

Each pack holds three base cards and one of 20 Rookie Cards. But the three most coveted rookies are Jaden Schwartz, Sven Baertschi and Chris Kreider.

Of Kreider’s priced cards in the Beckett database, his Upper Deck Ice has a HI book value of $400. His next highest valued card is his 2012-13 Score Autograph at $250.

The only card that has sold for money on eBay recently was a 2012-13 Certified Black RPA patch autograph, a 1-of-1.

Loose packs on the secondary market are hard to find with just a few popping up on eBay and retailers selling them for around $15 a pack. 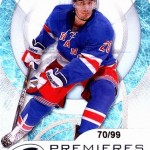 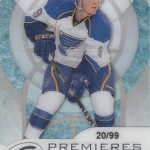 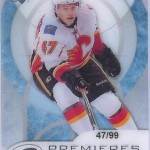