Hockey fans going to the Hall of Fame can get a special card to add to their collection.

This summer, Upper Deck has teamed with the Hockey Hall of Fame to create special game-used jersey cards to commemorate the NHL Team Fan Days. The HOF is already five days into the special promo.

On those select days, the first 1,000 people can get a limited game-worn jersey card of a captain or alternate captain of that specific team. Today was a day for Chicago Blackhawk fans, so Upper Deck had a Jonathan Toews jersey card ready to go.

The promo coincides with the Hall of Game’s exhibit looking at current NHL captains.

“This compelling promotion allows fans to see all these captain and alternate captain jerseys and then take a piece home with them in the form of a game-worn jersey card,” Upper Deck wrote on its blog.

Check out the dates and player represented below: 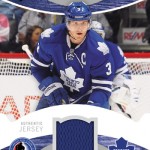 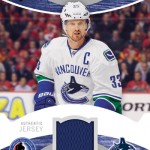 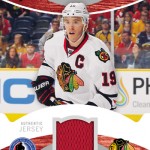 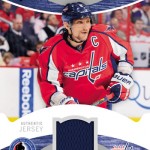 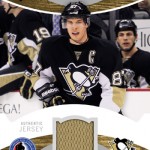