The first Upper Deck CFL product set is slated to include a 180-card base set, autographs and game-worn jersey cards, top veterans, rookies and even past greats such as Doug Flutie and Warren Moon. It is set to release in stores across Canada in early October. It will contain six cards per pack and 24 packs per box. On average, each box will contain 2 UD Game Jersey cards, as well as 6 Star Rookies cards, 24 Defense/Special Teams SP cards, and 8 O-Pee-Chee Retro cards. Other highlights include Game Jersey Patch parallels (numbered to 15), SP1 and SP2 autographed chase cards, autographed CFL Signatures cards and Grey Cup Moments cards.

“Upper Deck’s position as the leader in sports cards and collectibles in Canada will undoubtedly be bolstered by the unveiling of our new CFL line of trading cards,” Upper Deck president Jason Masherah. “We are thrilled to announce this new partnership with the CFL and the CFL Players’ Association, and we hope that the league’s passionate fans will enjoy our inaugural product this fall.”

This agreement gives Upper Deck two exclusive deals among top Canadian sports leagues with its exclusive agreement with the NHL and NHL Players Association. Scroll below for a sneak preview of the upcoming Upper Deck CFL set. 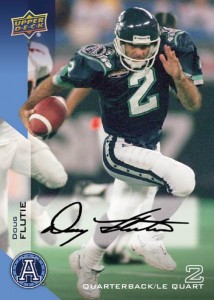 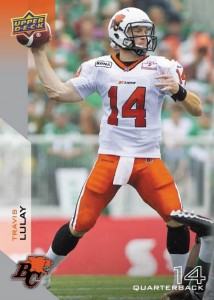 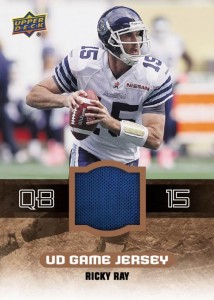 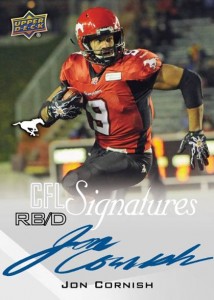 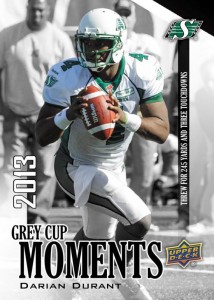 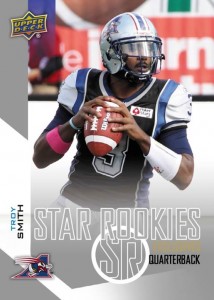 Beckett Grading Services runs into somebody you ...