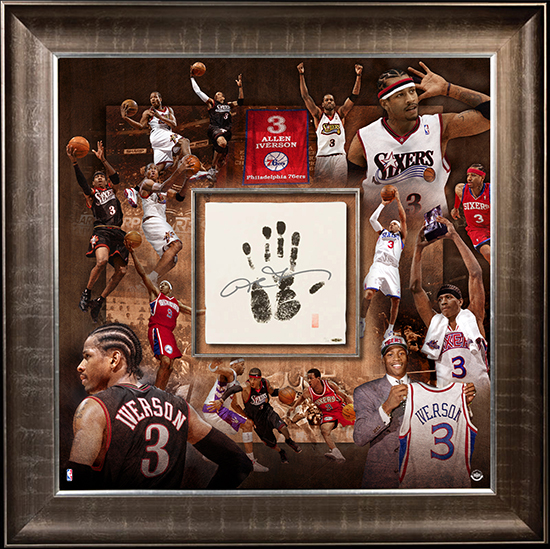 Some of the NBA’s biggest names from the past and present have signed deals with Upper Deck Authenticated and the company’s roster has grown by one more as it has announced a deal with one of the newest Hall of Fame members, Allen Iverson.

Offering up a strong lineup of collectibles autographed by “The Answer”, the Allen Iverson Collection has launched with 12 items that include a limited edition of 30 pairs of size 10.5 Reebok Question Mid sneakers with either blue or red toes which retail for $749.99 each. There is also a Tegata piece coming in the near future which features his actual hand print. 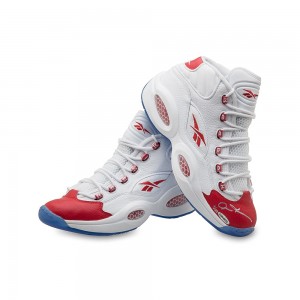 Fellow Hall of Fame Class of 2016 member Shaquille O’Neal also appears on dual-signed items with Iverson. Also included in the lineup are photos, basketballs and jerseys autographed by the 1997 NBA Rookie of the Year along with a signed figure produced by Enterbay that is listed at $999.99 and a display which has an autograph on a piece of game-used floor.