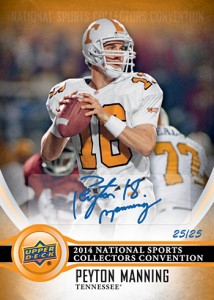 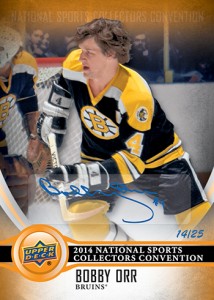 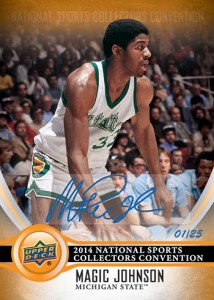 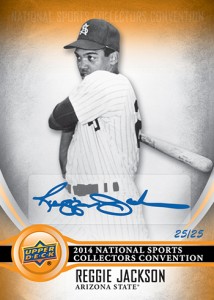 Even with all of the events and activities that Upper Deck announced last week for the 2014 National Sports Collectors Convention, they have added more excitement to their redemption packs.

Partnering up with Amazon.com, they have created four extremely limited autograph cards from their four core sports. Numbered to 25 copies each, collectors that pull them are bound to be pleased.

The checklist will include Reggie Jackson, Peyton Manning and Magic Johnson in their collegiate uniforms and Bobby Orr during his playing days with the Boston Bruins.

Baseball’s greats in Cooperstown are focus of ...