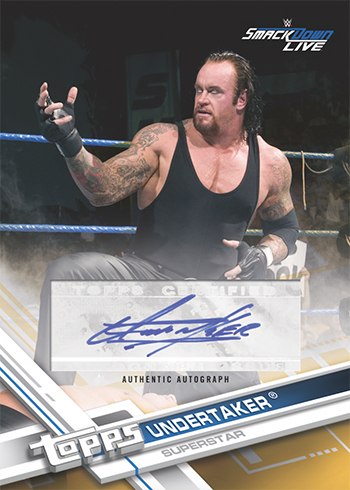 In some major regards, The Undertaker is a model of consistency. So when he breaks from his norm, you notice it.

Another place where The Undertaker has made few exceptions is with autograph cards. During his long career, the wrestling legend has signed cards twice.

But that’s about to change. Topps has Undertaker autograph cards on the way.

2017 Topps WWE will be the first product from the company to include The Phenom’s signature. The product is slated to arrive at the start of May, about a month after he takes on Roman Reigns at WrestleMania 33.

According to Topps, additional Undertaker autograph cards will be in 2017 Topps WWE Undisputed and 2017 Topps Heritage WWE. 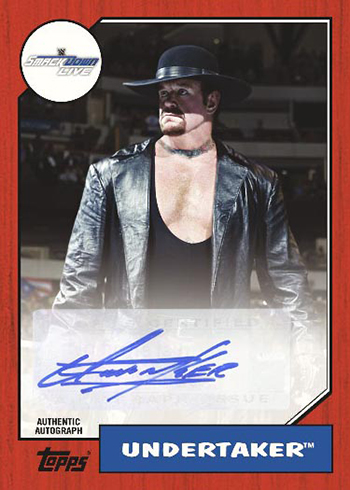 The future Hall of Famer’s first autograph card came from Action Packed back in 1994. It has just 500 copies, a small number for the time. 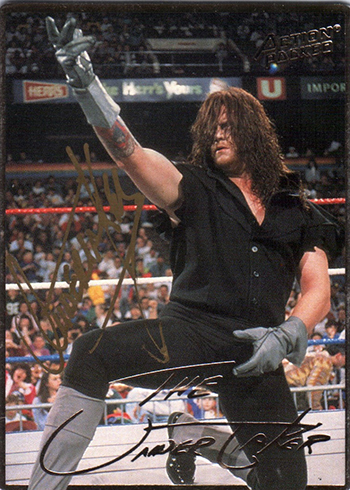 Until now, his only other signature card was 2001 Fleer WWF Raw Is War Booty Autographs. Although not numbered, this is a scarce card. 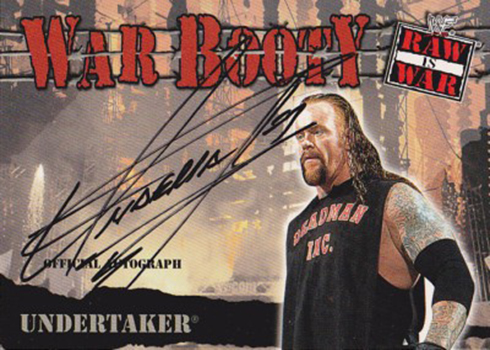