TRISTAR doubles up the cuts in SignaCuts Baseball TRISTAR‘s next baseball card line will be twice as nice for some collectors who rip into the cut-autograph product.

How? Every 24-box case of 2012 TRISTAR SignaCuts will include 10 dual-sided cut cards when it arrives at the National Sports Collectors Convention Aug. 1-5 before a traditional hobby-wide release on Aug. 15.

Among the notable pairings? Babe Ruth and Charlie Root, who served up the “called shot” in the 1932 World Series for one. Jimmie Foxx and actor Tom Hanks, whose character Jimmy Dugan in “A League of Their Own” was based on Foxx, is another. A third — of many in the product — will pair Nolan Ryan and Josh Hamilton, while another will pair New York Yankees legend Lou Gehrig with legendary stadium voice Bob Sheppard.

The product will not include any cards numbered to more than 25 and each will be encased in a tamper-proof TRISTAR-sealed case. 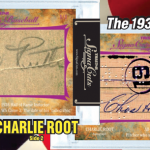 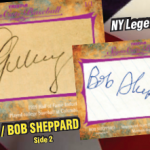 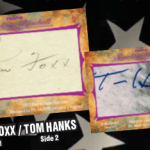 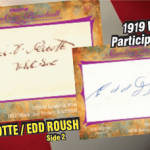 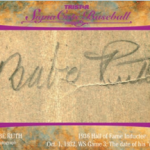