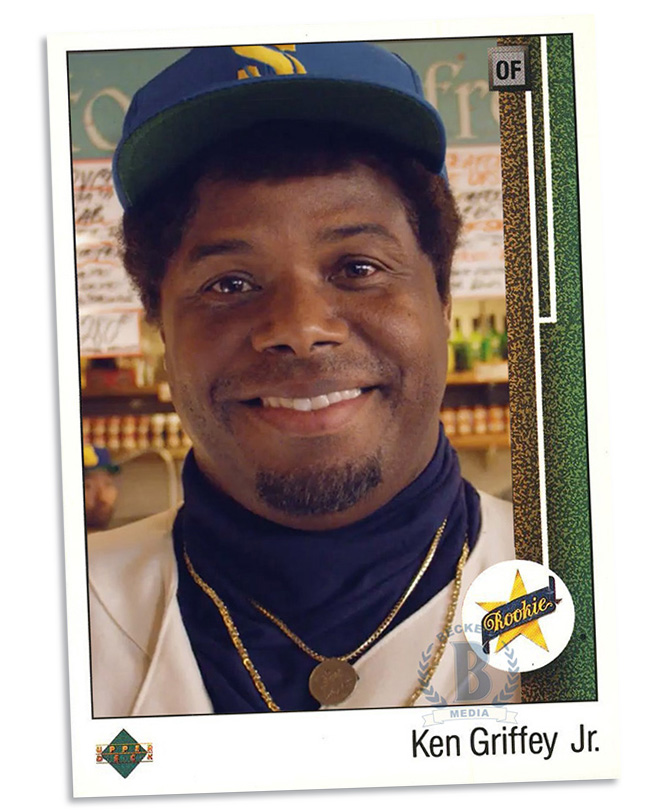 The 1989 Upper Deck homage starring the real Ken Griffey Jr. in the latest video from Macklemore was a big hit on the Internet yesterday with the obvious comparisons between then and now a fun viral topic.

But, as far as we had seen, nobody had actually taken today‘s version of The Kid and put him into his famed Rookie Card frame.

That’s where our Totally Fake Rookie Cards crew comes in. Right here, right now, you can see what a new version of that card might look like. (To tell you the truth, we kind of want one.)

Are there other players you’d want to see on totally fake cards? Let us know in the comments below.