Not just yet. But Topps does have exclusive rights with Under Armour to create football cards for players in the high school game. This gives collectors an opportunity to get the very first cards of football stars in the making.

But how do you get them?

Ah well, that’s the tough part. Random packs were given out to the first 3,000 fans through the gates, but those cards were not autographed.

The autographed versions are being held on to by Topps — 200 were signed by each player — to use in the future. Some of these might not actually see the light of day.

“If and when they make NFL we will include in our product, might be a three- to four-year wait,” Topps Vice President Mark Sapir said. “But I think at that point will be worth the wait for many collectors.”

Here are some scans featuring some of the highest ranked scholastic footballers, including OT Andrus Peat, ranked 16th in the country and third at his position by Rivals.com 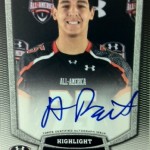 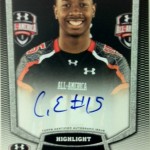 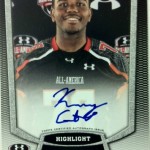 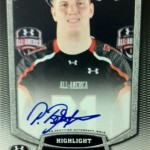 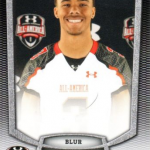