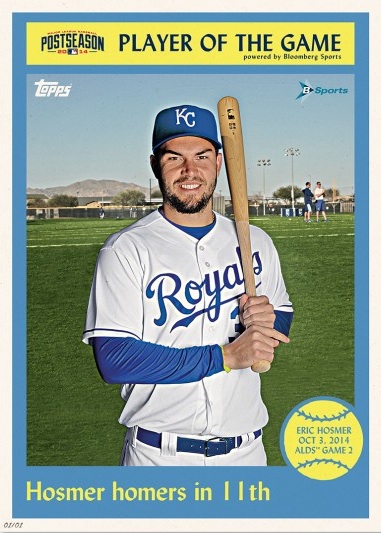 Topps‘ latest Wall Art series is on that’s focusing on the stars of the postseason — the top players of each game so far.

They’re the focus of the Player of the Game line that arrived online Thursday.

The standard red-framed prints are 10-by-14 and printed on 16-point vintage card stock and are limited to just 25 serial-numbered copies. Those cost $29.99 on Topps.com. Each player also has a blue-framed 1/1 version that costs $99.99. 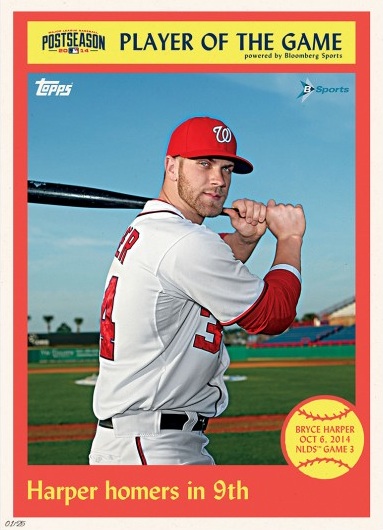 In other releases Thursday, the company also revealed its Gold Edition of prints for players in 2014 Topps Series 1. Those prints are limited to just one copy per player and are $99.99. Click here to see who’s still available.