Scheduled for a late-November arrival (thankfully, actually during an NFL season), the hobby exclusive set comes with a one-per-pack autograph guarantee and a handful of other choice chase factors.

The low-quantity, high-quality box (comprised of two packs) should yield a total of four hits …

And for those whale hunters, each case of 2011 Triple Threads Football contains one 1/1 Autograph Triple Relic and one Triple Relic numbered to 36 or less. Coming soon are more details, visuals and by-the-numbers breakdowns. But before that, enjoy the obligatory picture show. 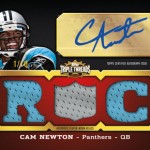 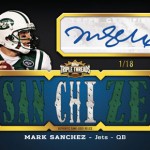 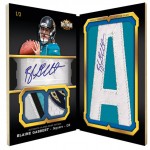 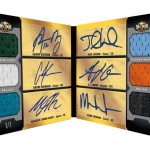 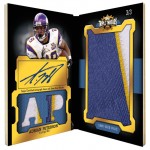