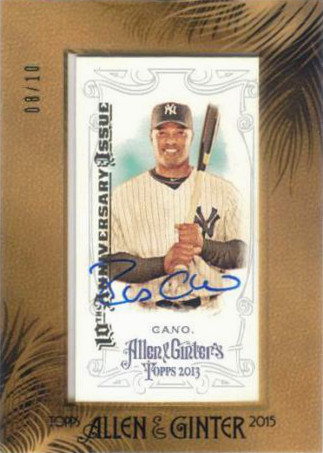 This year’s edition of Topps‘ popular Allen & Ginter line is the 10th version of the retro-styled brand and one of the inclusions in this year’s product that makes it stand out is something we’ve seen before.

Each box includes two regular-sized buyback cards and one framed mini buyback. In some instances, though, the cards are autographs.

On Thursday, Topps released the list of signers for the buybacks.

There are 26 players who signed previously issued standard cards. They are:

There are other buyback autographed cards — buybacks of previously released certified autographs — that appear to be limited to just one copy in some instances.