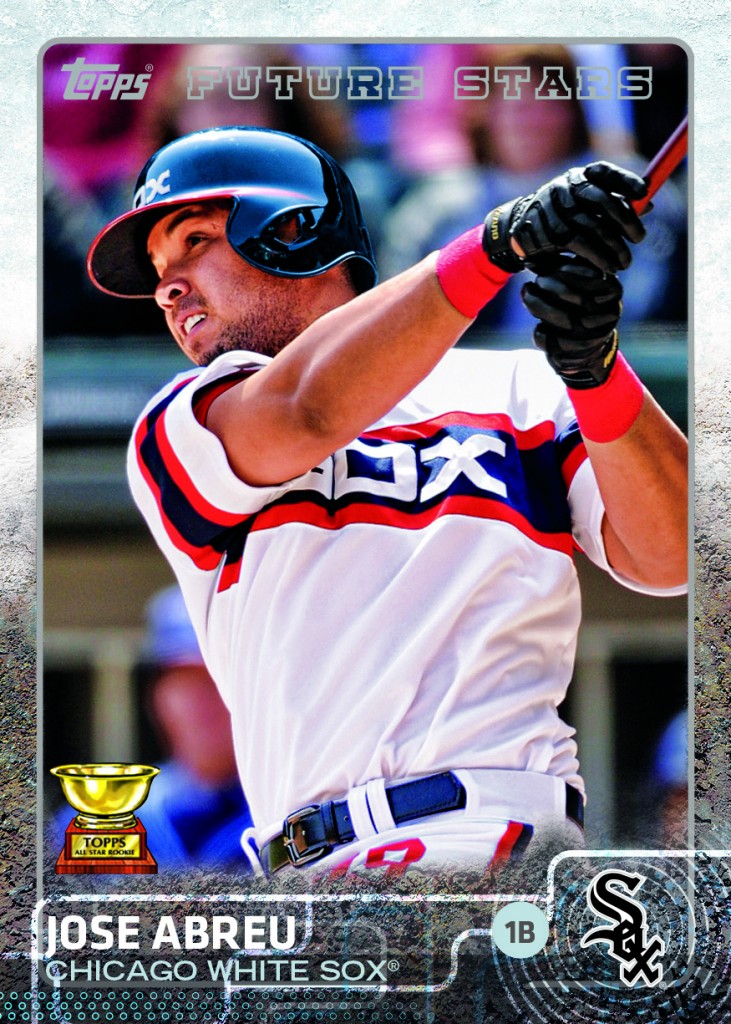 Eleven baseball players have been honored — and next year their Topps baseball cards will be enhanced with a trophy.

Topps announced its 56th-annual All-Star Rookie Team on Friday, and it includes only one of the this year’s Rookie of the Year award-winners, Jose Abreu. NL Rookie of the Year Jacob deGrom did not get the right-handed hobby honor as that went to New York Yankees pitcher Masahiro Tanaka.

The 2014 Topps Rookie All-Stars include:

Each of their 2015 Topps baseball cards will include a Rookie All-Star trophy, a feature that regularly appeared on Topps cards since the first class — a 1959 roster that included Hall of Famer Willie McCovey — that had cards in 1960. Since that time, 20 Hall of Famers and countless other memorable players have had cards featuring the trophy or rookie cup.