One of the more unusual test-issue sets of the 1960s is coming back next week as wall art.

Topps is launching a series of 20 11×17 “For Mayor” prints featuring 20 Hall of Fame players on Topps.com (direct link) on Tuesday at noon Eastern. The prints are reminiscent of the 1967 Topps Stickers with a political aesthetic backing the legendary players.

Each piece, which will be printed on Heritage-style stock, will be limited to just 99 numbered copies. They will cost $49.99. Collectors who buy a set of 20 at a discounted price of $900 will get all of the prints in an oversized wax pack with a bonus print limited to just 10 copies from one of five players — Nolan Ryan, Reggie Jackson, Tom Seaver, Johnny Bench and Mike Schmidt. 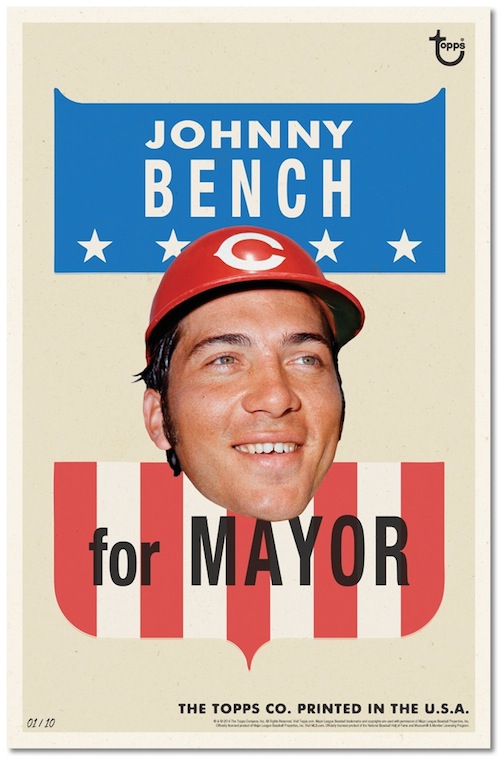 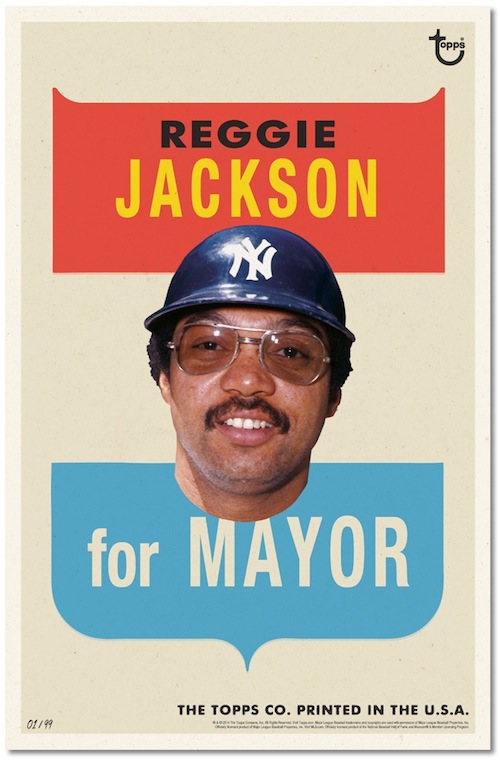 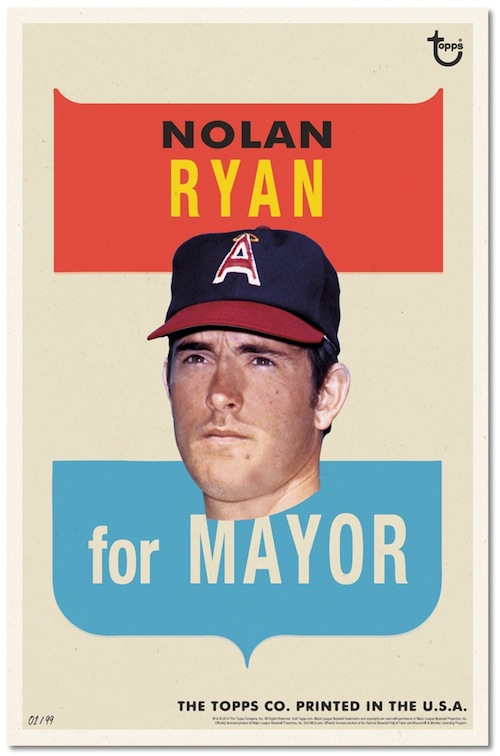 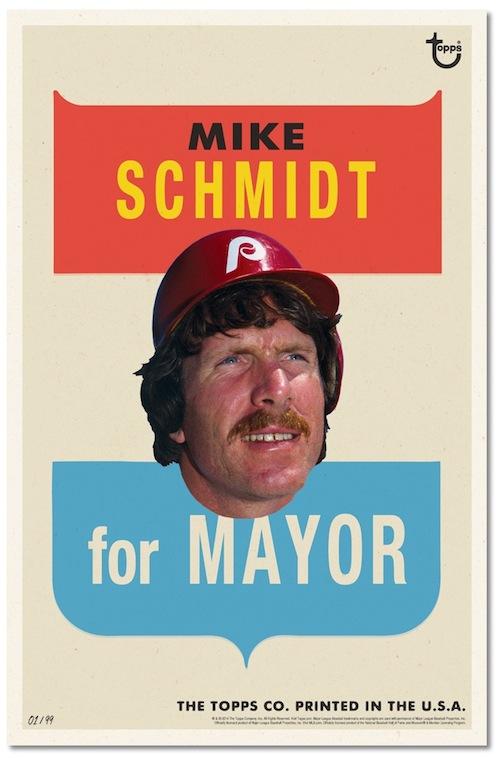 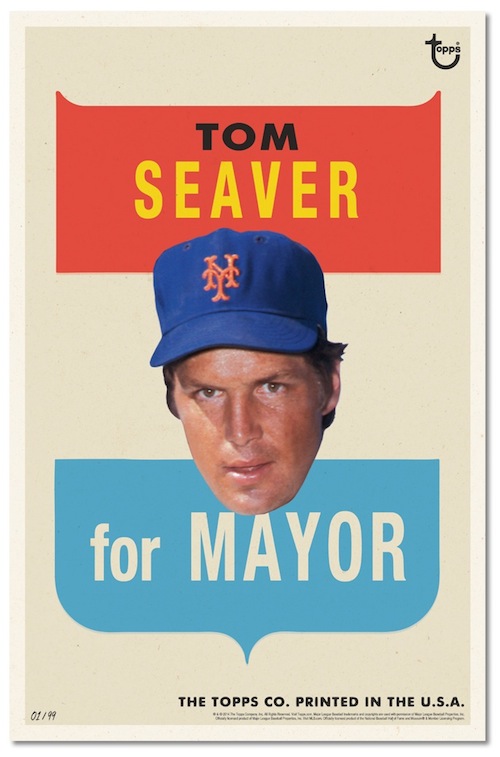 Can we get final checklists sooner? Manufacturers ...