Prince Fielder is used to the big-boy jokes, but he’s got nothing on this.

Topps unveiled the world’s largest baseball card Tuesday morning in Lakeland, Fla., a 90-by-60 foot version of Fielder’s card in the 2013 set.

The unveiling took place with Fielder on hand along with groups of youth league baseball players to help unveil the card at Peterson Park near the Tigers’ spring training home. “We are excited to kick off the season and celebrate the launch of our new 2013 Topps baseball Series 1 with Lakeland City Baseball, Prince and baseball fans everywhere,” said Marc Stephens, Topps’ Marketing Manager, in a prepared release.

Fielder was on hand as well.

“It is truly an honor and a thrill for me to be featured not only on the 2013 Topps Series 1 box,” Fielder said in a prepared statement, “but also on the largest baseball card the world has ever seen.” 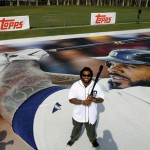 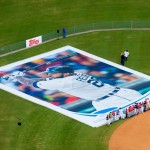 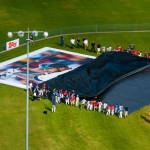 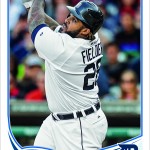 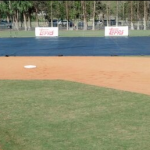 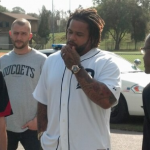 Marvel’s Guardians of Galaxy to release with ...