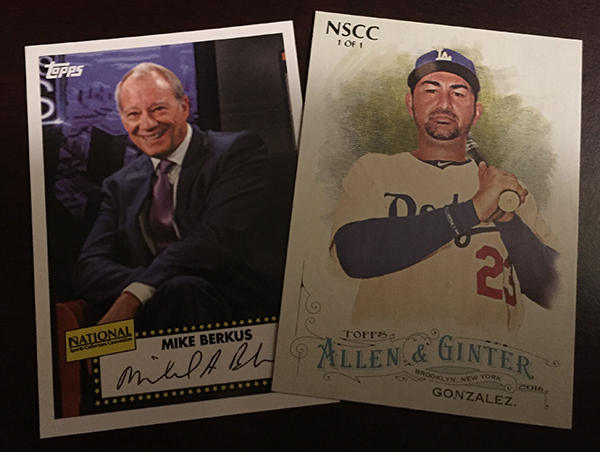 The 2016 NSCC Topps Q&A not only provided some insight from the company as to how things work and feedback from collectors, but also some exclusive cards not available anywhere else.

In between questions, there were several giveaways. Among the prizes were 2016 Topps Allen & Ginter cards with a foil stamp noting the NSCC. They’re all also numbered 1/1. It looks as though only the base cards were done, creating another level of parallels of sorts. 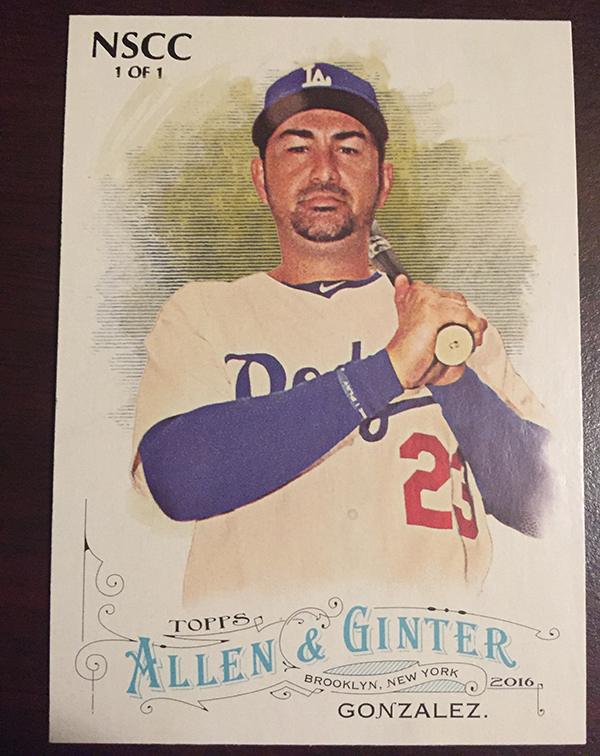 Topps did something similar at the 2016 Industry Summit with Topps Series 1, although those cards also included inserts.

Upon leaving the Q&A, all collectors were given one of the 2016 Topps Allen & Ginter NSCC cards.

A second card was also given out to everyone. This one pays tribute to Mike Berkus, founder of the National. It’s done in the 1952 Topps Baseball design. 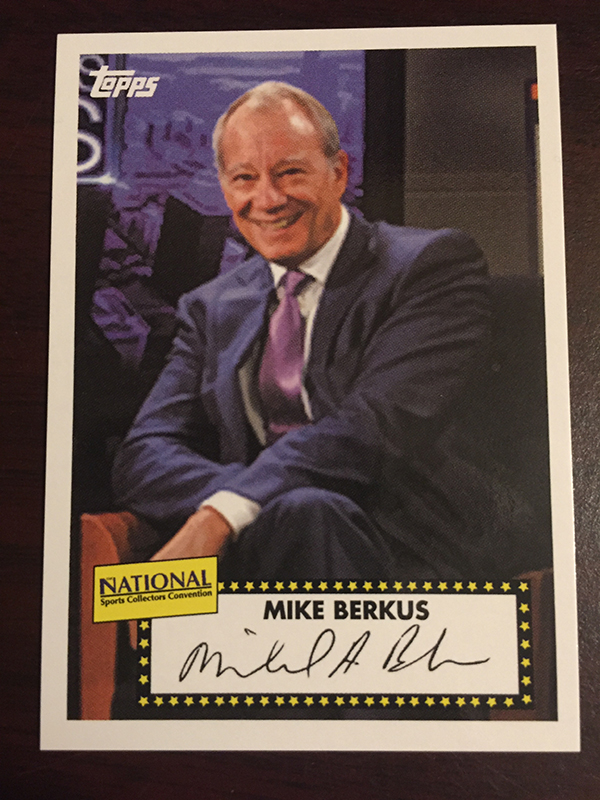 Numbered NSCC, the back of the Berkus card reads, “Not only a dear friend of Topps, but of the entire industry, Mike Berkus dedicated much of his life to this amazing hobby of ours. The ‘National’ has become an annual pilgrimage for fans and collectors, and we can thank him for giving us this tremendous event to carry on and share with future generations. Thank you Mike!”