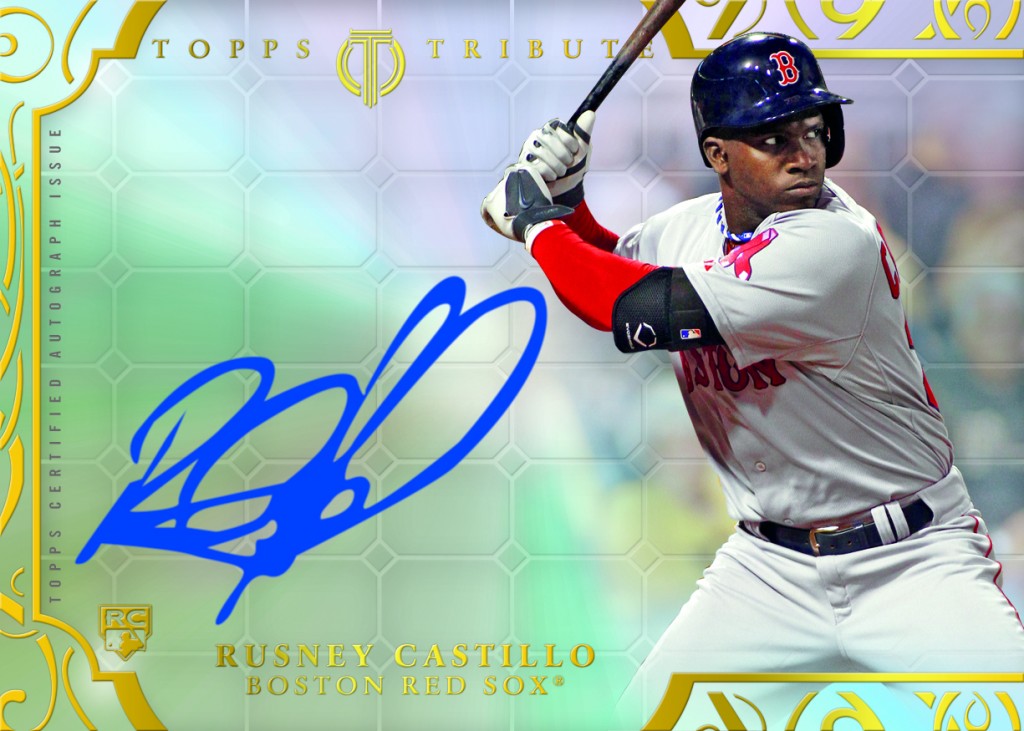 Topps is already adding to the lineup for next year’s edition of Topps Tribute.

One of those additions is Boston Red Sox rookie Rusney Castillo, who is now in the fold for autographs.

Another expanded lineup in this one, according to the company, is the Milestone Baseball Relics list that will include 40 players with game-specific memorabilia swatches complete with MLB Authentication stickers. They will include baseballs from Masahiro Tanaka’s first start, Albert Pujols’ 500 home-run game, and Clayton Kershaw’s debut game to name a few as well as World Series baseballs for Buster Posey and World Series MVP Madison Bumgarner.

Also new will be Dimensions of the Game, which Topps described as “an all-new three dimensional memorabilia piece featuring an autographed baseball.” Among those signing, according to the company, are Kershaw, Hank Aaron and Don Mattingly.

To see our First Look story from August, click here.

The 2015 Topps tribute autograph lineup as it stands right now: