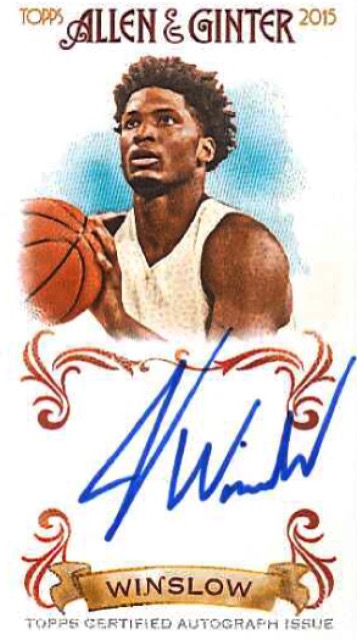 This year’s Allen & Ginter set from Topps will be the home of autographs from legendary fictional fighters named Rocky Balboa and Thunderlips as well as future baseball Hall of Famer Ichiro Suzuki.

It will also include four potential NBA stars.

The company revealed on Friday four more signers for the 10th edition of the retro-styled set focusing on “world’s champions” — athletes from all fields of sporting life.

Other signers for this one will include ESPN’s Darren Rovell, actor Val Kilmer and hockey star Jeremy Roenick.

A preliminary checklist has not been released by the company.