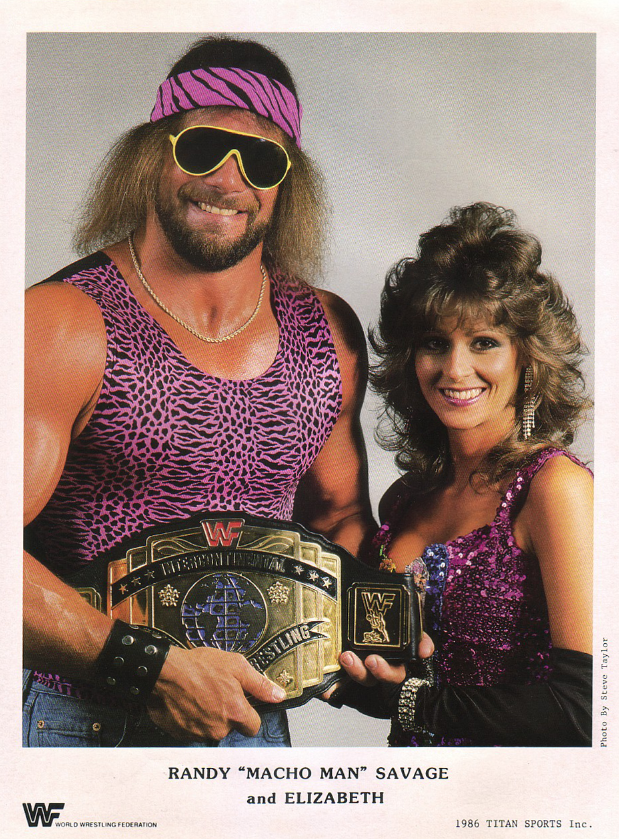 After years off of the company’s radar, one of wrestling’s biggest legends is getting World Wrestling Entertainment‘s biggest honor.

“Macho Man” Randy Savage is headed to the WWE Hall of Fame on March 28 — nearly four years after his death from a heart attack at age 58 — the company officially announced Monday night during Raw.

Savage, born Randy Poffo, was a two-time WWE heavyweight champ, and his match with Ricky “The Dragon” Steamboat for the Intercontinental title at WrestleMania III is considered one of the greatest matches in the history of wrestling’s premiere event. He was a high-flying main event performer alongside Hulk Hogan in the late 1980s glory days of the WWE (then WWF) with his wife and ringside valet Miss Elizabeth, often by his side. Hogan will be inducting him into the Hall on the evening before WrestleMania 31 at Levi’s Stadium in Santa Clara, Calif. She died of a drug overdose at age 42 in 2003.

Savage briefly played minor league baseball in the St. Louis Cardinals and Cincinnati Reds organizations before he turned to his family’s business after an injury. His father, Angelo Poffo, was a wrestler and his brother, Lanny, also was a WWE performer best remembered as “The Genius.” Savage never appeared on a baseball card in the Beckett.com database, but he does appear on 105 different cards as a wrestler.

Here are my picks for the four key cards to own …  after the jump. 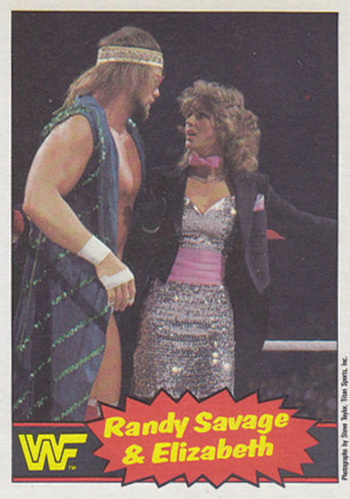 1985 O-Pee-Chee WWF Series 2 #63, $N/A
While the first officially licensed WWE trading card set arrived from Topps in 1985, it took until the second series of O-Pee-Chee cards (a version released in Canada) for Savage to make his card debut. He shared his “rookie card” of sorts (Beckett does not officially denote RCs in wrestling) with his real-life wife and manager, Miss Elizabeth. Because of this card’s relative obscurity (not as easy to find as  Topps) and the typically sloppy cutting and narrower borders, this one can be a strong seller when professionally graded and found in top condition. 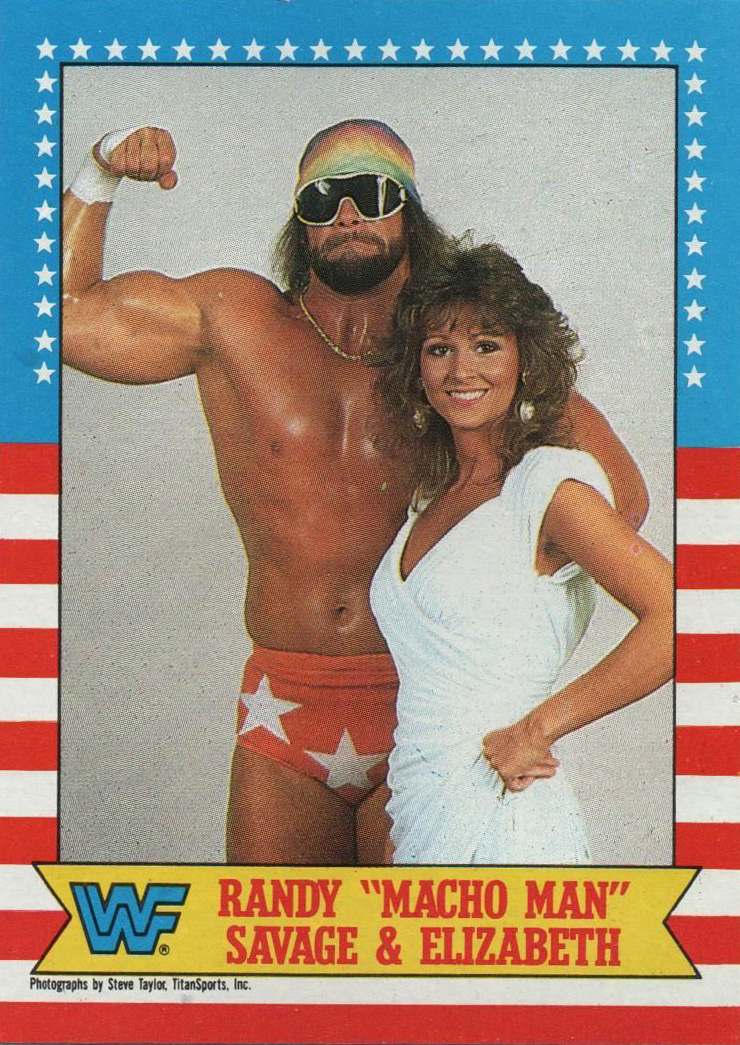 1987 Topps WWF #7, $2
The second Topps WWE set came in the months following WrestleMania III, an event that marked wrestling’s true explosion into pop culture. Savage’s first standard card for American collectors is found here along with two other cards in the set focusing on his match with Steamboat. 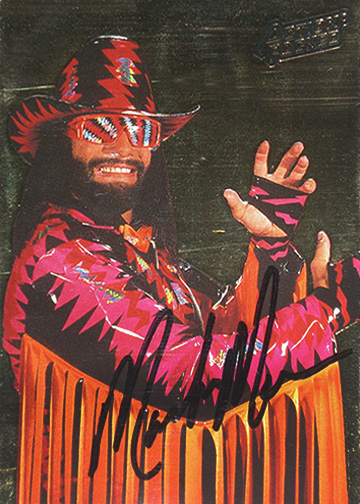 1994 Action Packed Prototypes WWF #1b AU/500, $200
There aren’t many certified autograph sets for wrestling before the late late 1990s and Savage’s first auto card is one of only two released by Action Packed in 1994. It’s perhaps not as rare as it might seem — and it’s certainly condition-sensitive with a gold-foil surface. The other wrestler to gave a signed card in this one? Undertaker. 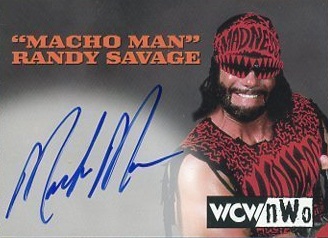 1999 Topps WCW/nWo Nitro Authentic Signatures #28, $350
Savage’s only other autographed card came in the wave of Topps WCW releases in the late 1990s that included some of the biggest names in the history of the business as well as some very obscure ones. Savage’s card is among those that are most in demand. 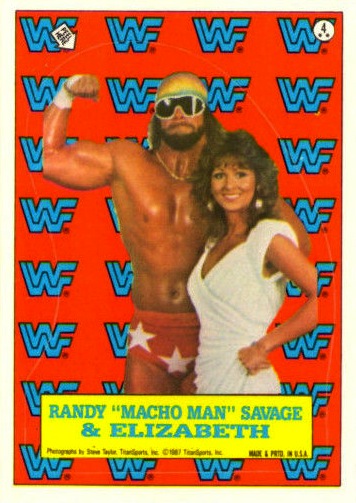 1987 Topps WWF Stickers #4, $3
Topps showcased WWE’s talents on 22 stickers found one per pack in its 1987 release, a colorful upgrade from the stickers in the inaugural release. While it’s simply the same photo with an oh-so-1980s background with a cut for the sticker to be peeled, these can be brutally tough to find well-centered for grading.