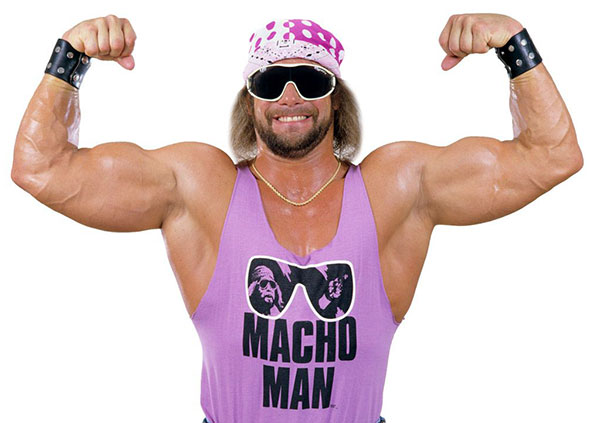 The 1980s and ’90s were filled with memorable wrestling characters. From the super hero to the everyman, the monstrous to the sleeze, there was plenty to choose from. The same rang true about the shirts bearing their name or face. Looking back, there’s a certain nostalgia that comes with just about all of them.

But when it comes to old-school wrestling shirts, some are simply unforgettable.

As I graduated from G.I. Joe and Transformers to WrestleMania and Saturday Night’s Main Event, it also led to a shift in my reading habits. Comics were set aside for a few years while I caught up on the previous month’s pay-per-view via the pages of WWF Magazine.

And while the results were studied and pondered, so too was the catalog that came in every issue. I wasn’t much into toy and teddy bears. Instead, I picked my favorite shirts. I was never able to order one but I certainly spent my time admiring some of them. 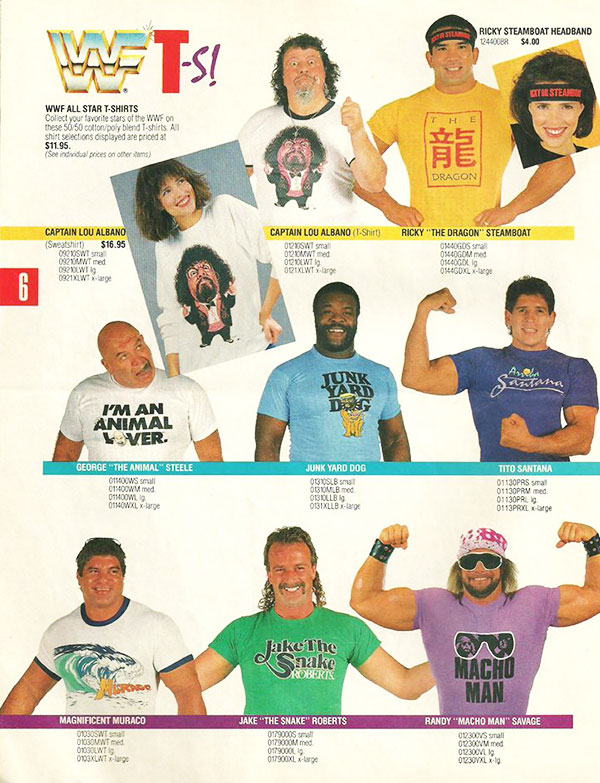 Even those that I didn’t like (which more likely meant I wasn’t a fan of who they represented), I recognized their lasting iconography before I’d ever heard the term. 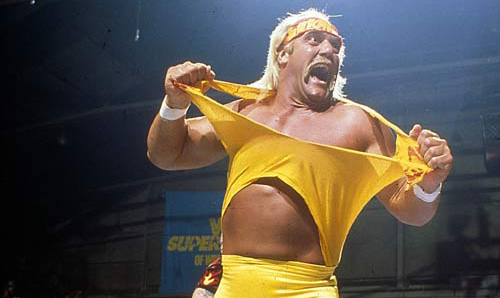 Shirts are generally made to be worn, not collected. But just like anything from the past, there is a market for vintage wrestling T-shirts from WWF, WCW and other promotions. If you simply want to wear an adult-sized shirt of something you had as a kid, there are plenty of reprints out there too.

So if you’re looking for some classic shirts from wrestling’s biggest eras, here’s a look at ten of the most memorable.

Junkyard Dog was the tough-as-nails wrestler with a heart of gold. On the Hulk Hogan’s Rock ‘n’ Wrestling cartoon, he was the coolest. JYD may not have been shown on screen wearing shirts very often, but his trademark shirt matched his cool, taking a caricature approach like something out of Mad magazine. 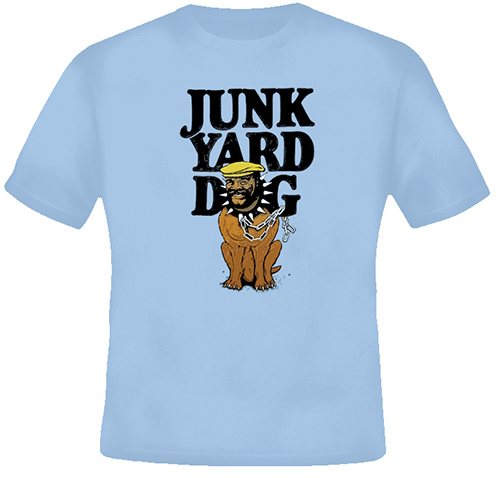 Mick Foley is a man of many faces. Combine that with being one of wrestling’s biggest stars during its biggest era and that means a lot of shirts. Cactus Jack was one of Foley’s earlier characters and the Wanted Poster design remains a huge part of his carnage-laden legacy. 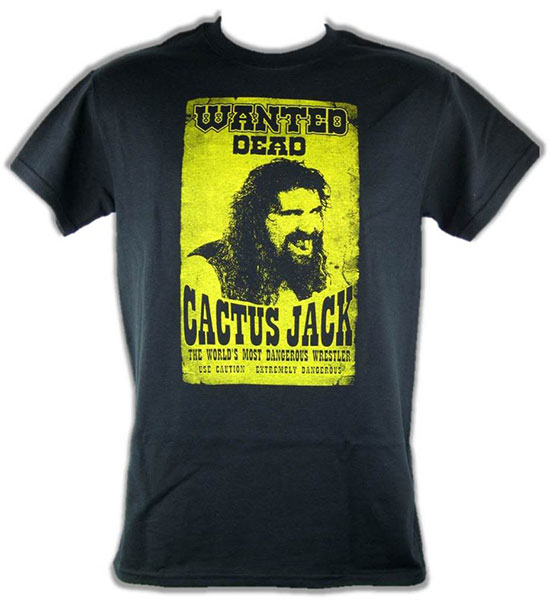 The smiley face is a T-shirt icon in its own right. Mankind’s most recognizable shirt takes the comforting symbol and twists it towards something more horrific. Not only did it make for a great piece of clothing, but it perfectly captured the essence of the character. 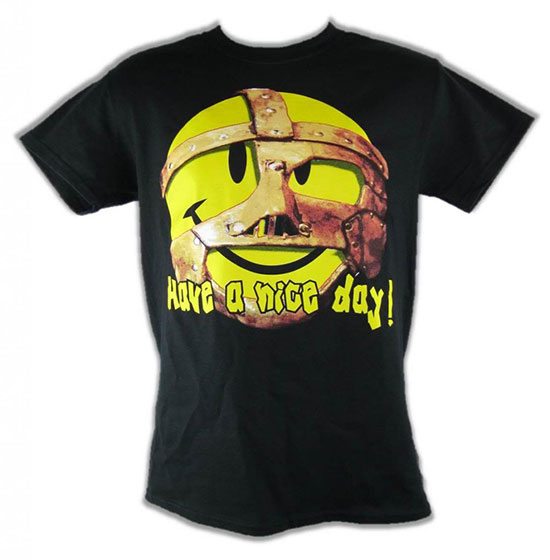 Today, he’s Dwayne Johnson, the biggest action star in the world. As the 20th century came to a close, he was simply, The Rock. Like Stone Cold, his shirt selection was a never-ending turnstile of new choices. Many were simply emblazoned with wrestling’s most electrifying star and not too fashionable today. But then there’s the Brahma Bull, a cartoon incarnation of a star who went by a nickname’s many nicknames. 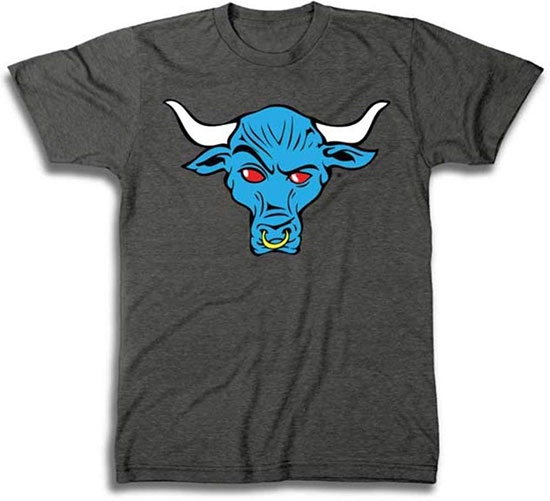 Captain Lou Albano was an unlikely source of style on the ’80s wrestling scene. I mean, he pulled off wearing rubber bands. But he also rubbed shoulders with Cyndi Lauper and appearing in several of her most iconic music videos. He rocked one of the decade’s best shirts too that brought another fashion staple from the era — the caricature. 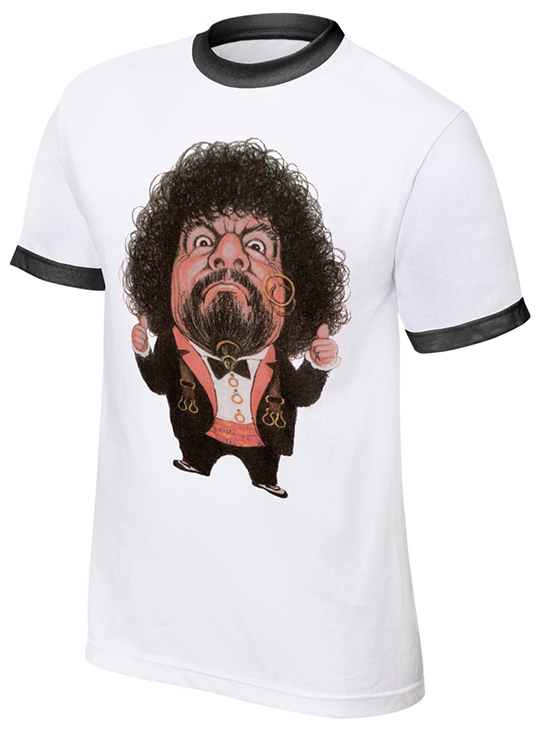 The Hot Rod T-shirt helped define Rowdy Roddy Piper during the peak of his career. There’s not much to the design. It just is, proving that sometimes less is more. 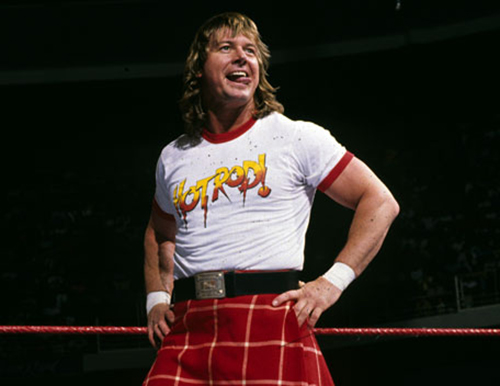 Few wrestling shirts have ever reached a level of mainstream cool. The black and white of the N.W.O. is one of those that did. And the way their numbers seemed to grow every week on Monday Nitro, it wasn’t a stretch for people to think you were part of the real deal. If Horace Hogan could be one of the in crowd, anyone could. 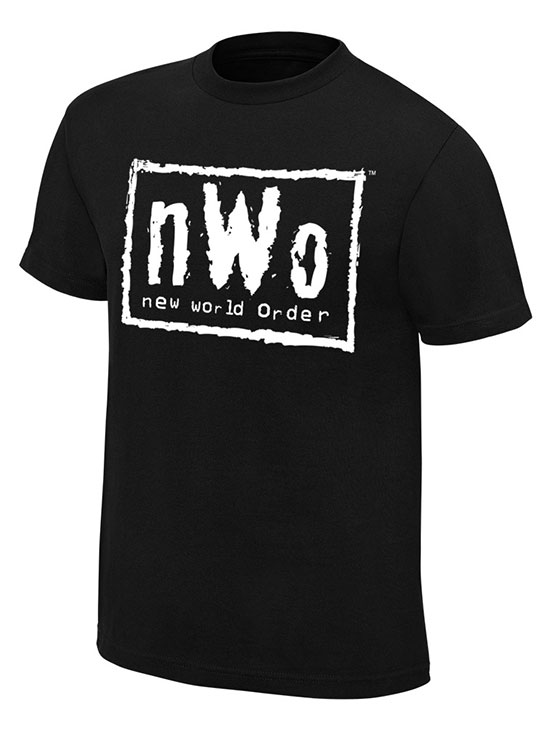 “Stone Cold” Steve Austin sold a lot of shirts over the years with a bunch of different designs. But none are as iconic and important as one of the most basic ones. “Austin 3:16” was a catchphrase that cemented a wrestling movement. He didn’t do it alone, but this shirt was one of the symbols of the Attitude Era. 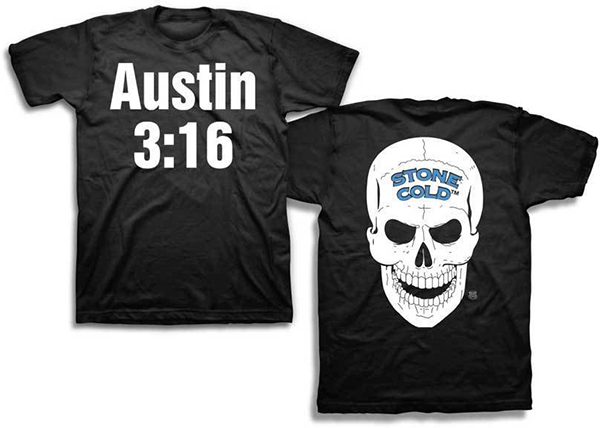 While you drank you vitamins, drank your milk and said your prayers, you did it wearing the red and yellow. But unless you were Hulk Hogan, it usually looked pretty awkward ripping it off. Hulkamania was a legit movement among ’80s kids and this shirt was the team jersey. 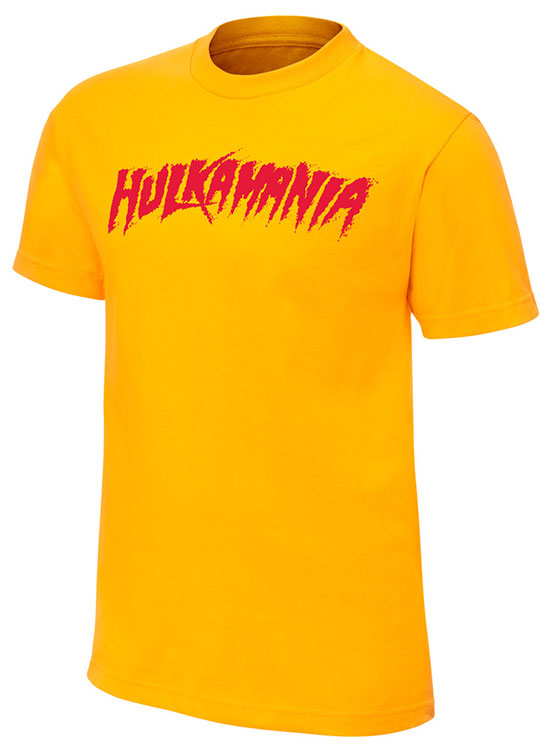 Make no mistake about it, “Macho Man” Randy Savage was one of the most iconic wrestlers of his era. But as big of a star as he was, he always seemed to be in the Hulkster’s shadow. Even when Savage was champion, ten-year-old me knew it was still about Hogan. But something Hulk could never win was the unspoken t-shirt war. The sunglasses with Macho inside and the bold text are the hook but the pinkish purple color seals the deal. It took confidence for a guy to wear that color at that time. It took a macho man. It was Macho Man. It was awesome back then and it’s still the cream of the crop today. 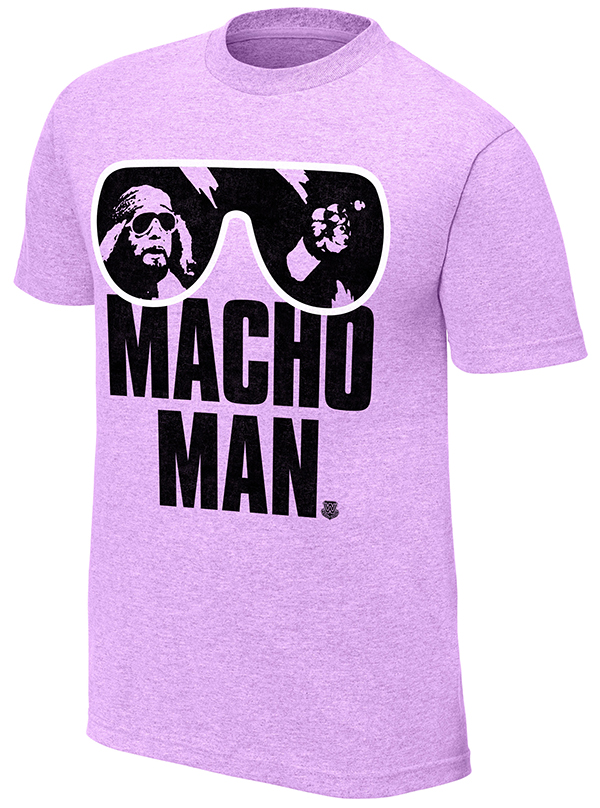 Did you have a favorite wrestling shirt back in the day? Was there one you always wanted? Let us know in the comments below.

Change in the air at the Spring ...