If you’re a fan of high-scoring hockey, the 1980s was one of the sport’s greatest decades. Wayne Gretzky and the Edmonton Oilers were kings for much of it but there were plenty of other great teams and superstars to get excited about. This translated into hockey cards as well, producing several classic sets that still have a lasting legacy today. Here’s a look back at the ten best O-Pee-Chee Hockey Rookie Cards released in the 1980s.

Rankings are based primarily on values in the Beckett Hockey price guide.

Mario Lemieux is an all-time legend. In his prime, he was one of the only players in the NHL on par with Wayne Gretzky. And yet, even with more than 1,700 career points, five Stanley Cups (two as a player) and countless other accolades, there’s still an aura of ‘What If?’ surrounding Lemieux. Injuries and even cancer cost him years of his playing career. Even still, there’s no denying his place on the list of all-time hockey greats.

There’s also no denying that 1985-86 O-Pee-Chee Mario Lemieux Rookie Card has long been a benchmark for 1980s hockey cards.

Can things get better when you help your team win the Stanley Cup in your rookie season? In the case of Patrick Roy, you can. Over the course of his playing career, the goaltender would go on to lift the Cup four times, win three Vezina trophies and rack up plenty of major NHL records. His 1986-87 OPC RC ranks among the most recognizable of not just the decade, but all-time. 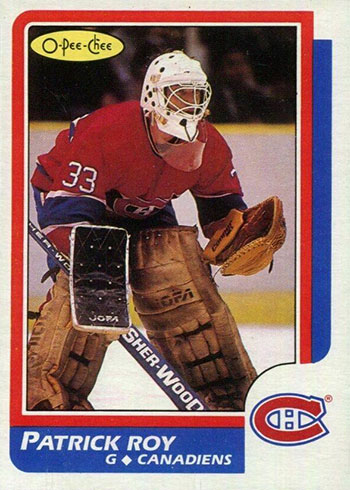 The ’80s was the decade of the Oilers dynasty. Sure, Wayne Gretzky led the way. But he did have some help. It could be argued that playing in Gretzky’s shadow, Mark Messier was overlooked to a certain extent for much of his career. That eventually changed when The Great One was traded to Los Angeles and Messier helped Edmonton win one more Stanley Cup before moving on himself.

Regarded as one of the game’s greatest leaders, Messier retired second on the NHL’s all-time points list (he has since been passed by Jaromir Jagr) and six Stanley Cup rings. 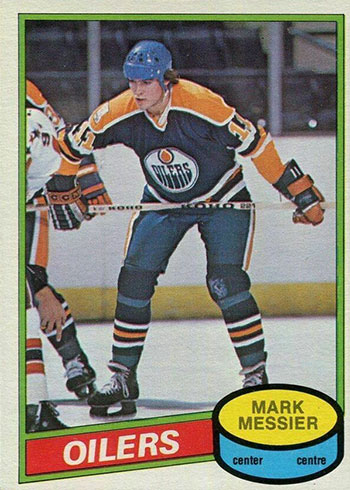 Playing for a franchise with a rich and storied hockey history that includes names like Howe, Sawchuk, Kelly and Delvecchio can make it tough to stand out. Steve Yzerman did just that with a career that made him not just a Red Wings legend, but one of the NHL’s best of all-time. Between 1997 and 2002, he capped his on-ice career by helping Detroit win three Stanley Cups. His career tally of 1,755 points currently ranks him seventh on the NHL’s all-time list.

His 1984-85 OPC Rookie Card comes from one of the decade’s most attractive sets with the portrait giving off a vibe reminiscent of Topps’ 1983 and 1984 baseball sets. 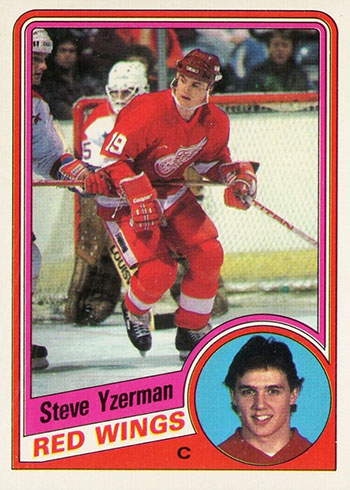 When it comes to Boston defensemen, Bobby Orr is king. Right behind him, though, is Ray Bourque. Arguably the best blue liner of the ’80s and ’90s, Bourque won five Norris Trophies and was a First Team All-Star on 13 occasions. Although Bourque didn’t win a Cup with the Bruins, seeing him hoist the trophy as a member of the Colorado Avalanche in 2001 was one of the most memorable hockey moments of the new century.

Bourque’s Rookie Card in 1980-81 O-Pee-Chee isn’t the most exciting card. That hasn’t dampened its popularity, though. The one-two punch of Bourque and Messier make it a strong set by default. Although the 1980-81 Topps Hockey set had a scratch-off spot for the player’s name on the front, OPC doesn’t. 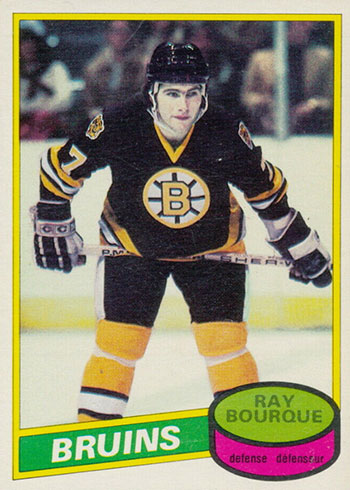 The Edmonton Oilers had no trouble scoring in the 1980s. Often, they made it look easy. Paul Coffey only added to the team’s depth by adding a tremendous amount of speed — and more offense — from the blue line. After becoming a star in Edmonton, Coffey joined the Pittsburgh Penguins where he won his fourth Stanley Cup. Coffey currently sits second all-time on the NHL list for career goals, assists and points by a defenseman.

This card comes from a loaded 1981-82 O-Pee-Chee Hockey set that includes Rookie Cards from several Hall of Famers, second-year cards of Messier and Bourque and the third-year Gretzky. It also benefits from a more straightforward distribution versus the regional nature of its Topps counterpart.

Brett Hull seemed to come out of nowhere to become one of hockey’s greatest snipers in 1988-89, scoring 41 goals in his first full season with the St. Louis Blues. It turns out he was just getting started. Over the next five years, Hull’s annual goal totals were 72, 86, 70, 54 and 57. The Hall of Famer finished his career with 741 goals and 1,391 points.

Hull’s rise to fame came at the height of the hobby’s boom in the late ’80s and early ’90s. There was a time when his 1988-89 O-Pee-Chee RC fetched much more but it’s still one of the decade’s most iconic hockey cards. 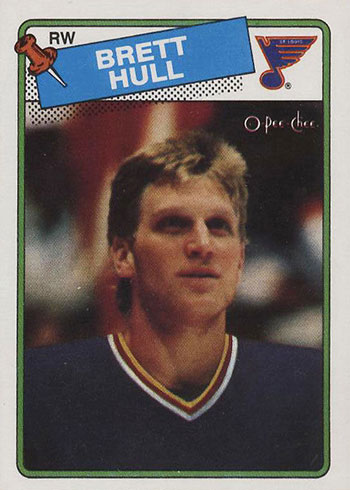 Al MacInnis will be remembered by many for his booming slapshot. At the time, it was comparable to what Nolan Ryan could do with a fastball. But he was a lot more than the guy you tried to get the puck to on the power play. MacInnis ranks among the best defensemen to ever play in the NHL. He won the Conn Smythe while helping the Calgary Flames to the 1988 Stanley Cup. A testament to his prolonged career, it wasn’t until a little more than a decade later when MacInnis would win his lone Norris Trophy following the 1998-99 season.

MacInnis’ Rookie Card gets a bit of a boost from being on the same checklist as Mario Lemieux’s RC. 1985-86 O-Pee-Chee Hockey is easily one of the decade’s most valuable sports card sets, not just hockey.

The pairing of Jari Kurri and Wayne Gretzky ranks as one of the most productive of all-time. The Finnish winger was a regular part of the Oilers scoring sheet throughout the ’80s. The duo got back together for a second run in Los Angeles in 1991. For his career, Kurri totaled 601 goals and 1,398 points.

He’s one of several notable Rookie Cards in 1981-82 O-Pee-Chee Hockey. It’s not the most attractive set of the decade but its checklist is one of the deepest.

The Oilers dynasty might be best known for its explosive offense, but there was some stellar goaltending behind their five Stanley Cup wins between 1984 and 1990. Grant Fuhr was there for all of them. The 1988 Vezina Trophy winner was named to six All-Star Games and was a part of two gold medal-winning Team Canada teams at the Canada Cup.

Fuhr has the top Rookie Card in 1982-83 O-Pee-Chee Hockey. This is one of two seasons from the decade that doesn’t have a corresponding Topps release.