Tim Tebow — as a Gator — hits toy stores in June Tim Tebow‘s days as a quarterback for the Florida Gators are over, but there will be another way to see him in that uniform besides DVDs and YouTube clips starting next month.

It’s not a McFarlane debut for Tebow, who had a Denver Broncos figure released last September.

See more of each figure after the jump. 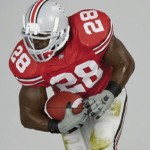 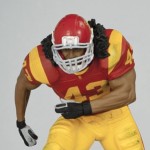