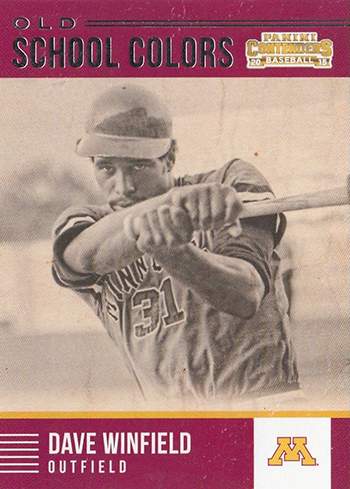 Time is a funny thing. Just as we age, so do those around us. Yet, when we sift through our collections, we’re met by something that’s timeless. Our heroes and those that we root against are frozen in time. For many, these cards take us back to another time. Stats come back to us and moments are relived.

We usually see them when they’re already pros. At least that was the way it was until not long ago when cards started coming out earlier and earlier. But for those of us who grew up in the 1960s, ’70s, ’80s and even ’90s, we haven’t seen much of players from before they reached the big leagues. There are some minor league cards, but they’re not prevalent like today’s prospect releases.

2015 Panini Contenders Baseball Old School Colors offer glimpses at a handful of Hall of Famers and greats from the previous couple of generations. And we’re not even talking minor leagues. These cards show stars from their college years.

The full Old School Colors checklist has 47 cards. Many are current prospects but almost half come from the past using rarely seen photographs of such Hall of Famers as Bob Gibson, Dave Winfield, Randy Johnson and Reggie Jackson. There’s also John Elway who was a standout on the diamond at Stanford as well as the football field.

2015 Panini Contenders Baseball Old School Colors aren’t tough inserts. They don’t use fancy technology or card stock. It’s unlikely that they’ll ever be particularly valuable. But if you’re looking for a nostalgic trip back, you’re probably not worried about that anyway.

Check out a bunch of yesterday’s stars when they were young. There’s also a full checklist for the insert set at the bottom. 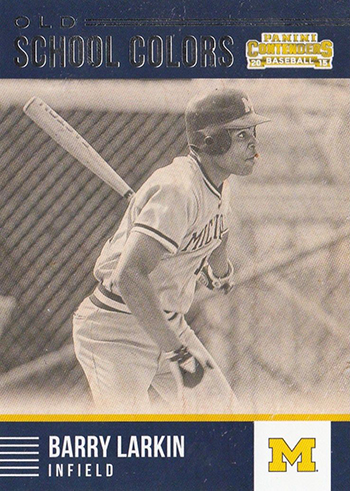 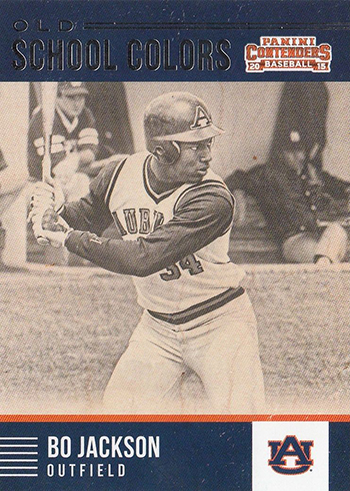 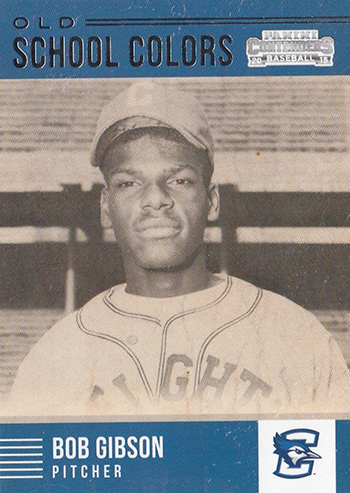 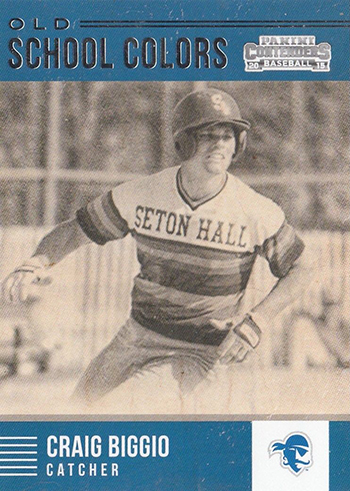 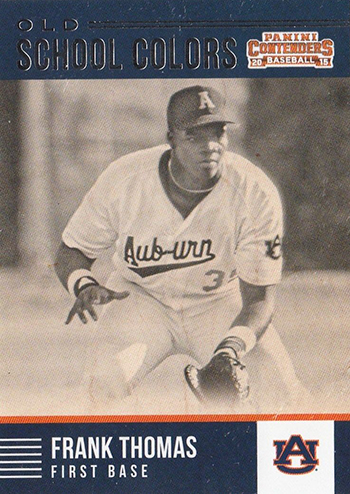 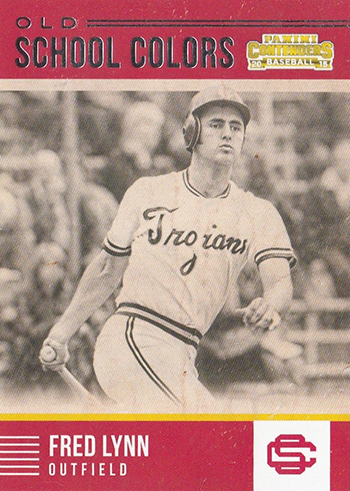 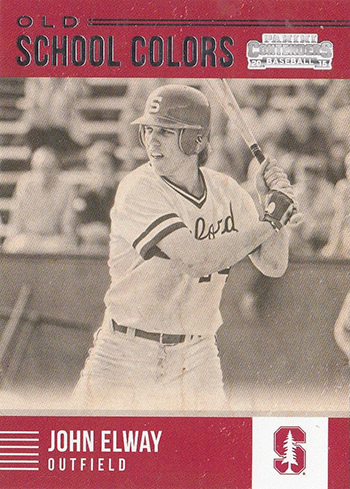 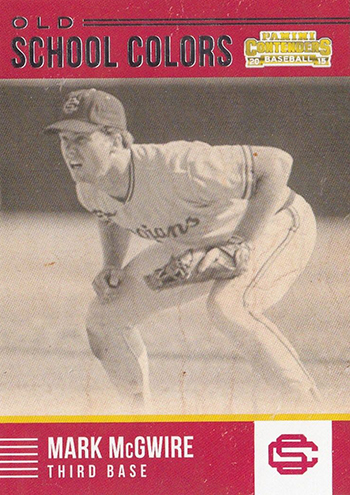 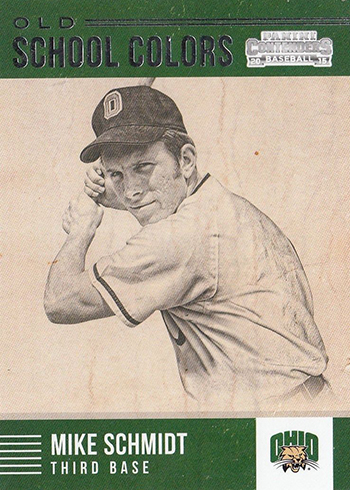 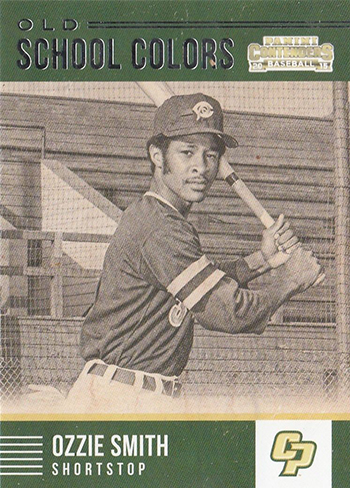 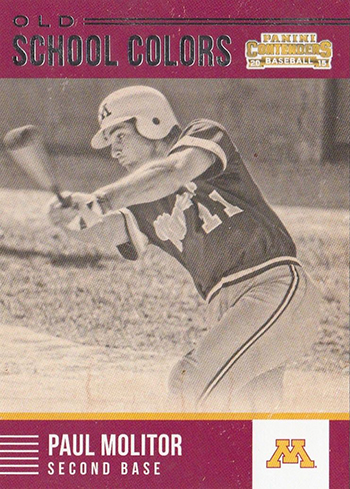 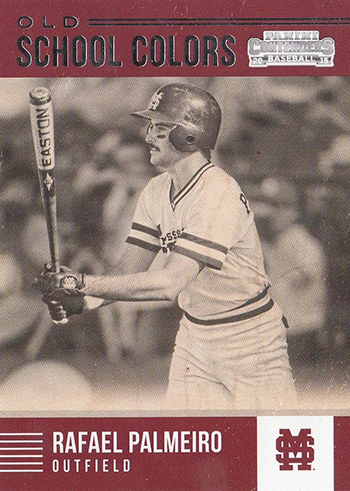 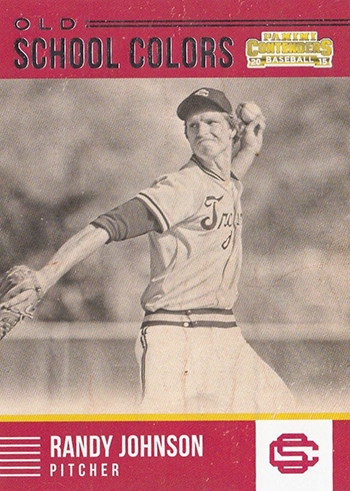 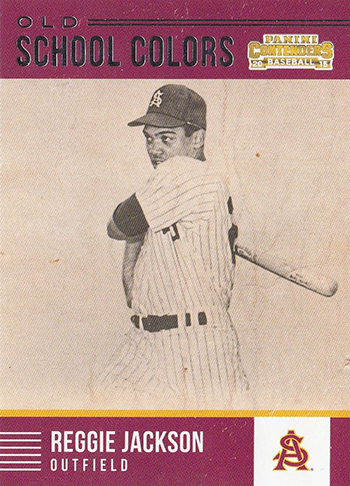 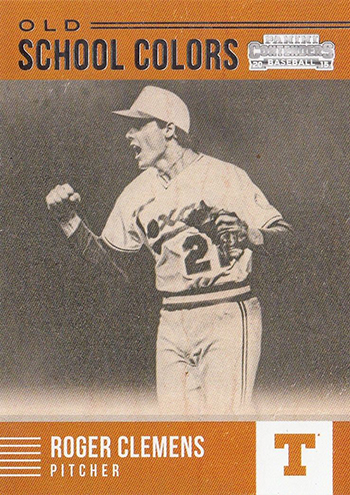 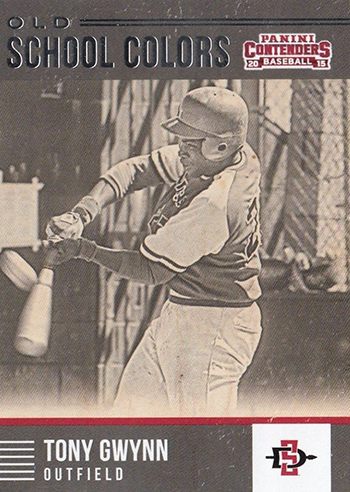 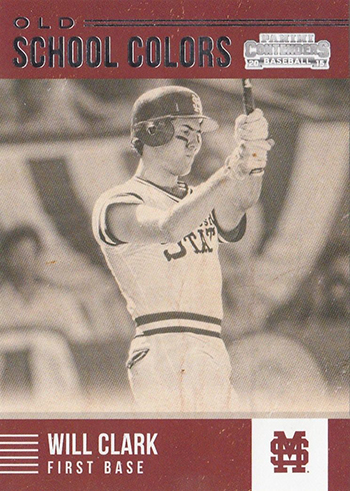