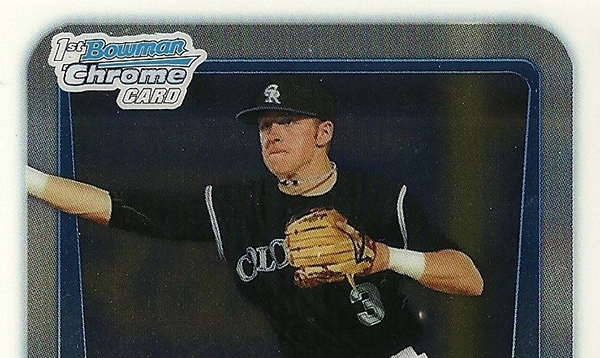 The 2016 MLB season has its first out-of-nowhere rookie star. And with that, it’s time for a primer on early Trevor Story cards.

In the winter, it looked like Jose Reyes would be the starting shortstop for the Colorado Rockies. But with Reyes in some major trouble stemming from domestic abuse accusations, there was a hole that needed filling. Enter Story, who had a super spring and earned a spot on Colorado’s Opening Day roster.

The 2011 first round pick has proceeded to hit six home runs in his first four games. Let the Kevin Maas comparisons begin. Or will Story’s story turn out differently? It’s still way too early to tell. If you’re speculating on his cards, it makes things all that much tougher.

With every home run he hits right now, the perception grows and with it, prices. The question is, how long will it last and where do things go from there. Only time is going to sort that out.

Currently, there are no Trevor Story rookie cards. Those start arriving in the summer. However, the shortstop does have prospect cards dating back to 2011.

In the meantime, here’s a look at some of the key Trevor Story cards you can check your stacks for, flip or go out and look for.

This should always be considered the key Trevor Story card. It’s not a rookie in the traditional sense, but in today’s hobby it’s treated as such by many collectors, as are virtually all first Bowman Chrome autographs. Releasing just months after being drafted, it’s got an on-card signature. Refractors are available in lots of colors and quantities, including the crown jewel of Trevor Story cards — the one-of-one Superfractor Autograph. So goes Trevor Story, so goes this card. 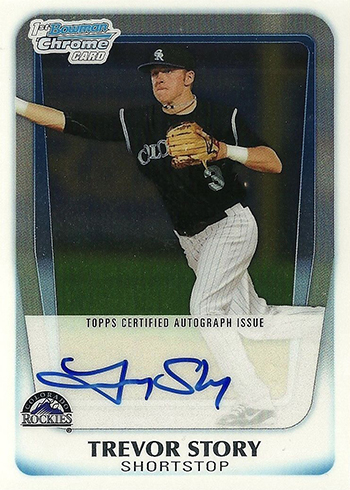 Not interested in autographs or don’t have the budget for one? That’s fine. 2011 Bowman Draft has a regular Chrome Prospects card as well. And without the signature, it’s a fraction of the price. The Refractor rainbow exists as well. There’s also paper Bowman, but most collectors prefer the Chrome version, which is still relatively inexpensive. 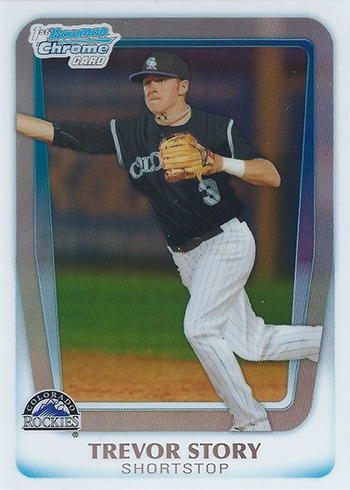 The 2011 Bowman Sterling Trevor Story autograph doesn’t have the same appeal as Chrome and for a couple of reasons. Bowman Chrome has the brand history behind it that attracts collectors. Bowman Sterling is “on hiatus.” Also, the signature is on  a sticker, which is a turnoff to many. Still, it is an early Trevor Story autograph on a card with the shortstop in his MLB uniform. Like Chrome, there are several Refractors to go with it. 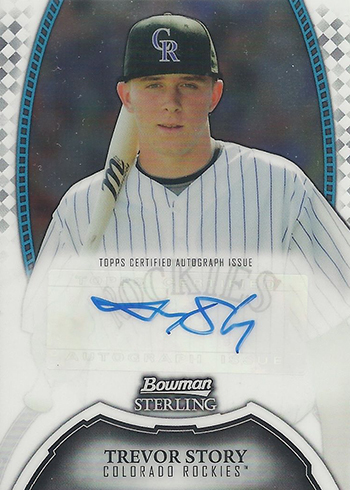 While the autographed version is tough, the basic 2011 Bowman Sterling Trevor Story Prospects card is legitimately tough. The majority of cards in Sterling are signed, often leaving the base cards and Prospect cards (and their Refractor parallels) to be largely forgotten. 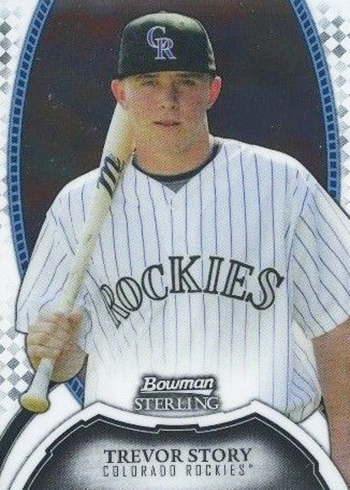 Pros: On-card autograph, serial-numbered, part of a product known well by collectors. Cons: No MLB marks. That one drawback means a much cheaper price tag than Chrome. But the lack of Rockies logos doesn’t stand out as much as a lot of others as Story is pictured in his Irving High School gear. 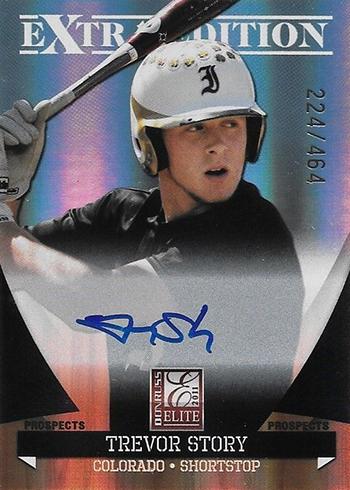 The story here is similar to that of Elite. Some collectors care about logos, others don’t. It’s a matter of preference. Although not a super premium product, Limited is considered to be a little higher on the scale than Elite. It’s also numbered to a slightly lower amount at 299 copies. 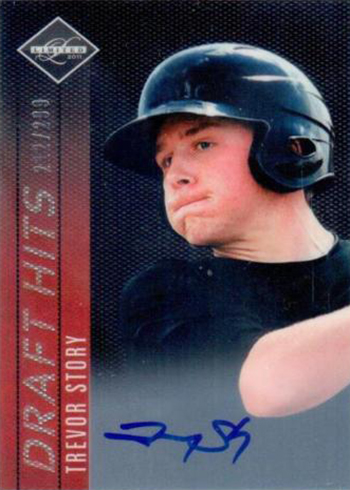 Rookie Ticket Autographs don’t have the same history in baseball as they do football. Besides, the card doesn’t look like much of a ticket on the front anyway. But there is an on-card autograph and a dynamic action shot that makes it stand out, particularly among Story’s other 2011 Panini-produced cards. 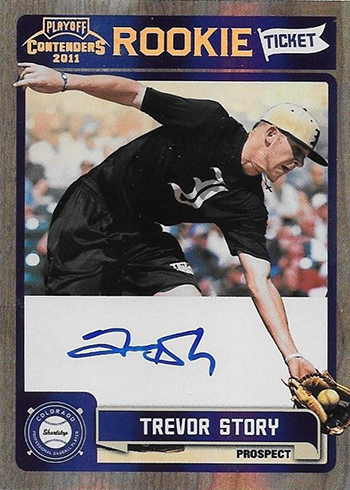 Although Prime Cuts was one of the top 2011 Panini baseball sets as far as initial price tag goes, it doesn’t necessarily transfer over to this particular card. Like Story’s Limited autograph, it’s numbered to 299. However, the signature comes on a sticker and his image is limited to a small corner at the top of the card. If an autograph is your primary interest, this one should offer one of the best prices. 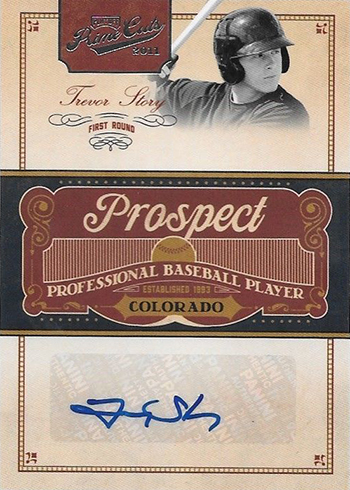 And one card from (just) after Story’s MLB debut.

One of the first cards in the on-demand 2016 Topps Now set, this is the first of many Trevor Story cards to come out following his MLB debut. Available for just one day on the Topps website, it was printed to order. The final tally was 981 cards. 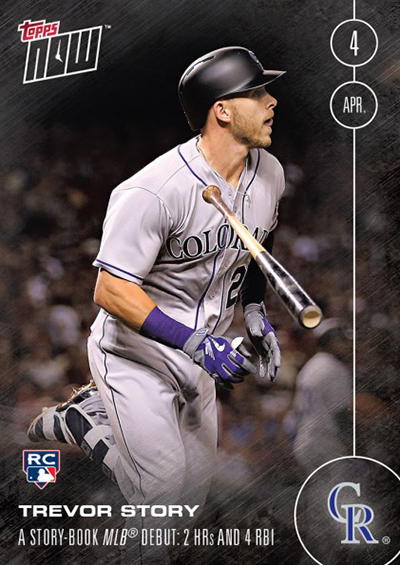 2014 RRParks Chronicles of the Three Stooges ...