Twenty years ago, Jason Williams was one of the most exciting young players in the NBA. Hailed as the second coming of Pete Maravich, Williams took the league by storm with his creative dribbling and flashy, no-look passes. He would go on to have a solid 13-year career playing with the Kings, Grizzlies, Heat and Magic. An NBA Champion with the Heat in 2005-06, Williams averaged 10.5 points, 5.9 assists and 1.2 over the course of his 788 game NBA career.

Thanks to his style of play, Williams amassed legions of fans in the hobby. Although he has 1,548 cards in the Beckett Basketball Online Price Guide, he appears on only 125 certified autograph cards, 53 of which have been released by Panini in the last three months. 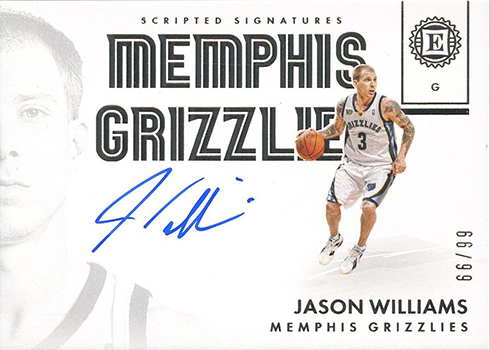 Every one of his 2017-18 certified autographs feature a serial number ranging from 1 to 99 copies each, with a combined print run of 1,555. So in the grand scheme of things, the number of different cards may sound like a decent number. But if you pool them all together, there really isn’t a lot of quantity thus far with these new cards. 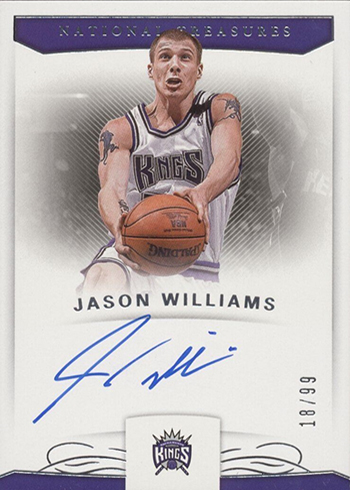