The Texas Longhorns are coming to cardboard One of the most iconic teams in college football history will be memorialized in trading cards next month.

The base set will include legends dating back to the 1950s. Eighty of the cards will feature players with 20 signifying monumental moments in Longhorns history.

Some of the inserts should excite Texas fans. The inserts include All-Time Alumni Autographs, National Champions Autographs, UT Icons and more.

There are also dual and triple autos.

Each hobby box contains 24 packs with eight cards in each pack. There is also one autograph in every hobby box and two special light F/X UT Icons cards.

Upper Deck also gave blasters a special treatment. One of four replica championships pennants can be found in the retail specialty box.

What team would you like to see Upper Deck do next? 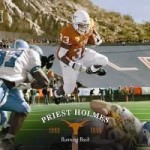 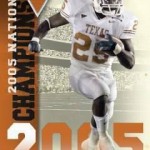 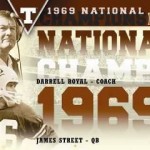 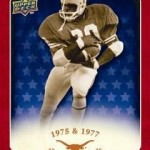 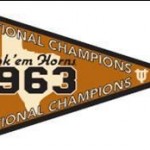 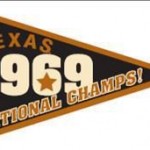 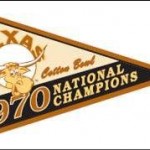 Your turn: Obsessin’ over Ovechkin