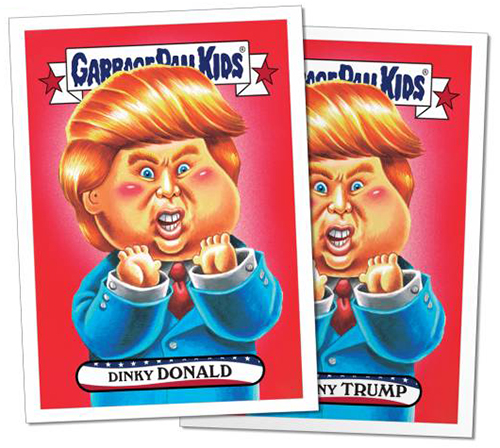 The list of names of who might be moving into the White House in 2017 is shrinking. But that’s slowing the opportunities for satire. 2016 Topps Garbage Pail Kids Mega Tuesday prove that.

The fourth series of politically themed online exclusives highlights some of the knocks against the four remaining hopefuls.

This time, each candidate has two sets of cards, each with its own new image and pair of names. Donald Trump and Ted Cruz are the two remaining Republicans. Bernie Sanders and Hillary Clinton continue to stand for the Democrats.

As with the previous sets of political Garbage Pail Kids, cards were sold in two-card pairs or as a set of 16 cards. Pairs initially cost $7.49 while the set was $39.99.

Cards were available for 48 hours and the print run will be based on the number of sets ordered. 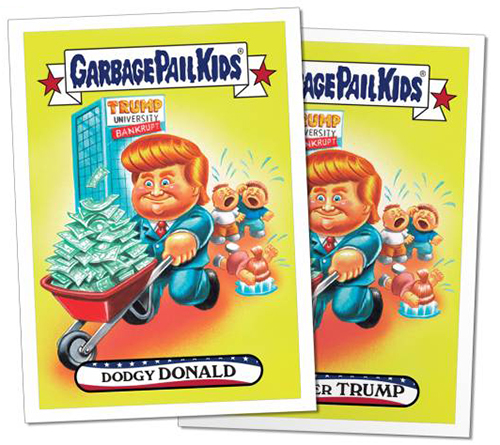 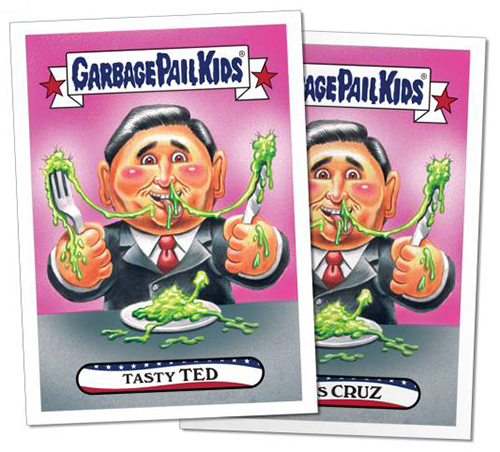 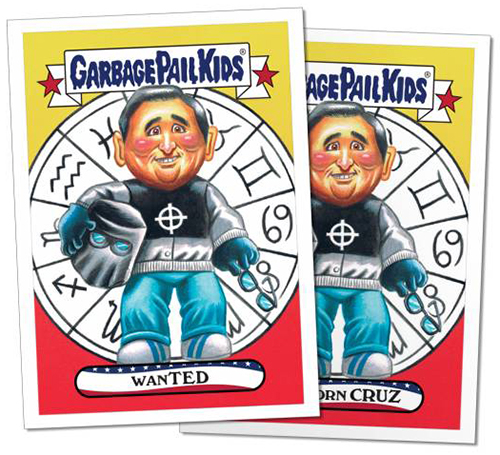 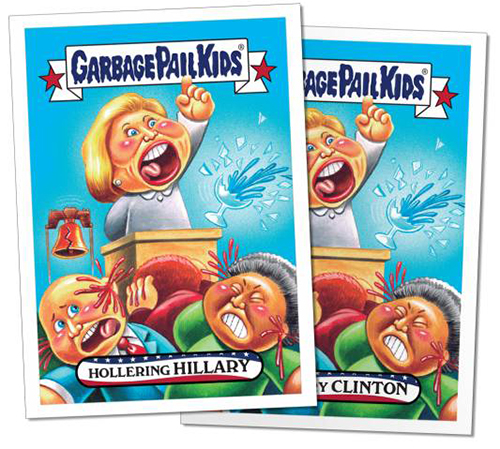 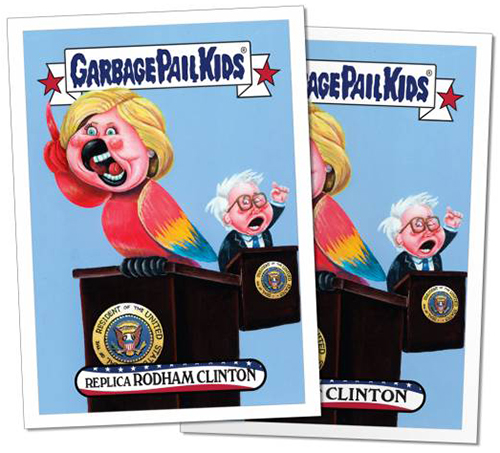 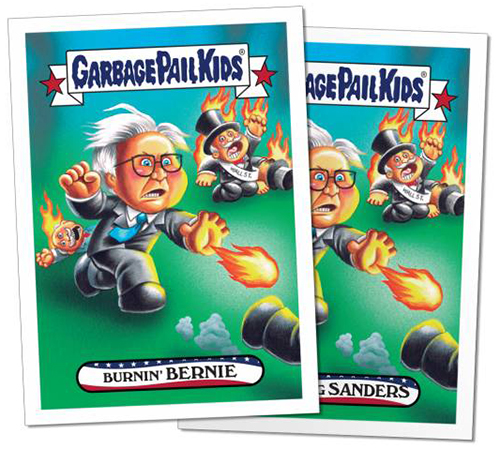 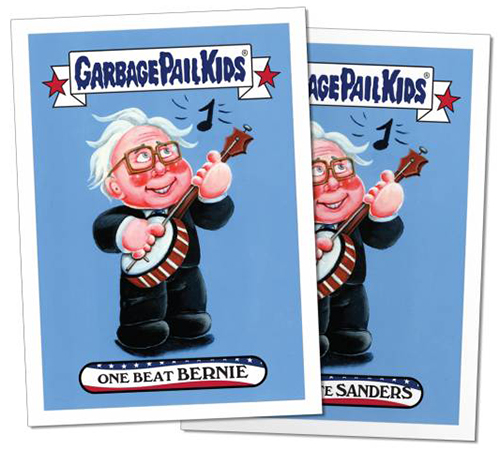