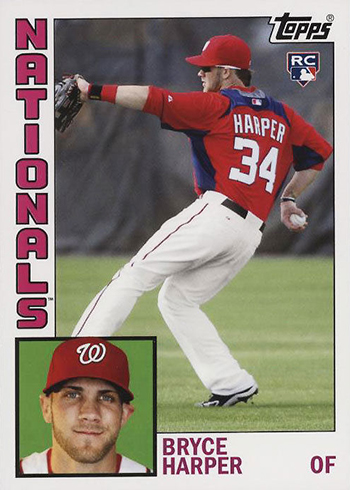 It was all swagger and power from Bryce Harper at the Home Run Derby on Monday night. Before the hometown Washington crowd, the outfielder came back to beat Chicago’s Kyle Schwarber in a final-round comeback.

As one of baseball’s biggest stars, there’s no shortage of Bryce Harper cards. Of his 19 Rookie Cards, the one that carries the most value is somewhat unassuming in its appearance. But the 2012 Topps Archives Bryce Harper RC is tough. A last-minute addition to the retro-minded release, it’s done in the style of 1984 Topps Baseball.

It’s an extreme short print that’s pops up less frequently from his autograph in the same product. As a result, it has held up over the years and should no matter what Harper’s future holds.