The chase is on for Chase Elliott’s autographs 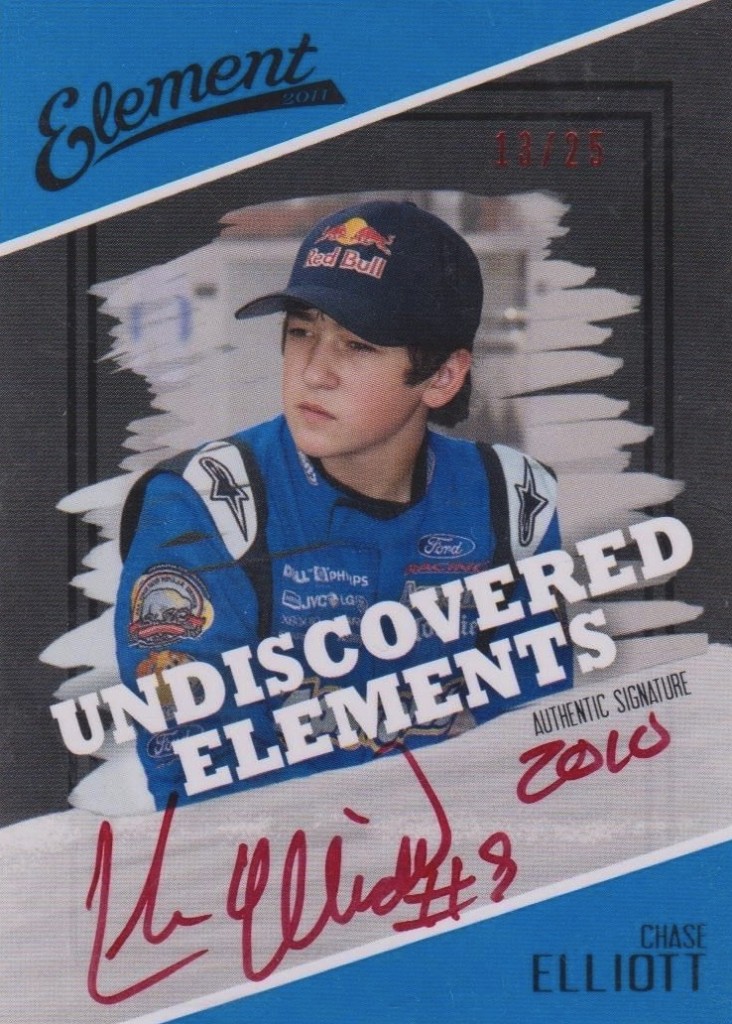 You have to wonder whether Awesome Bill from Dawsonville even has one.

Bill Elliott knows a thing or two about the fast-moving life of NASCAR drivers and the former Cup champ and 44-time race winner might not be able to keep up with this kid — at least on cardboard.

It’s his 18-year-old son, Chase Elliott, and his hot start this season in the Nationwide Series (NASCAR’s second-highest circuit) has collectors scrambling to find his only Rookie Card and autographs from three years ago — way back when he was 15 and appeared on a number of 2011 Element cards from Press Pass.

The teen has two victories and seven top-10 finishes in nine career races this season for JR Motorsports and boss Dale Earnhardt Jr. Oh, and he graduates from high school on Saturday.

He appears on just 13 cards in the Beckett.com database, with sales of his first autographed cards having blown away previous marks.  His red-ink auto previously was clocked at $80 or less but the card (above) has sold for as much as $499 on eBay last month. In more recent auctions, they have settled down to $227. His standard autograph, which is limited to 225 copies, has consistently topped $100 with an eBay high of $169 last month. It had typically sold for $50 or less.

His standard card has seen some movement, while the parallels of that card have also been hot sellers with a Blue (/25) selling for $56 and the Green and Red versions going for about $30.

He appears in the recently released 2014 Press Pass American Thunder set where he has a base card and three more autographed cards — but a total of just 40 signatures released.