The case of the Teddy Bridgewater changing autograph 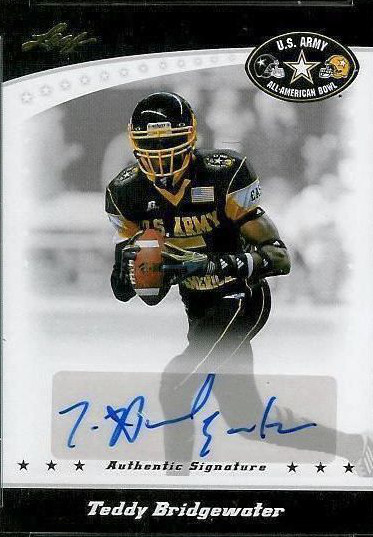 How many autographs will we see from Teddy Bridgewater this year?

Obviously, his autograph at the NFLPA Rookie Premiere is legit. The cards were signed by Bridgewater with representatives from Panini and Topps on hand. Yet, since the start of the 2014 football card season there have been a few variations on Bridgewater’s autograph.

First, we have the early autograph (pictured above). He signed this way for super early releases such as the 2011 All-American Army Bowl set

from Leaf. These autos also appeared on sketch cards in 2014 Leaf products. 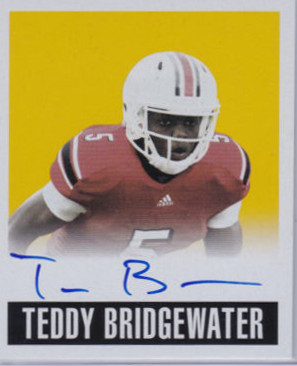 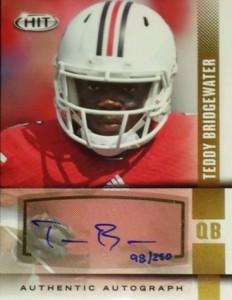 Then, we had the straight-line autograph with just a T and B that appeared on Leaf 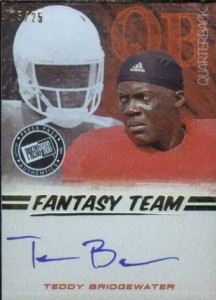 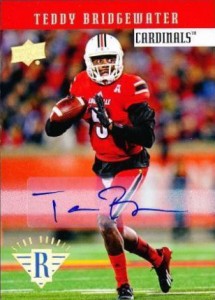 and Upper Deck look similar to T—- B—– but have a little heartbeat-monitor squiggle added to them. 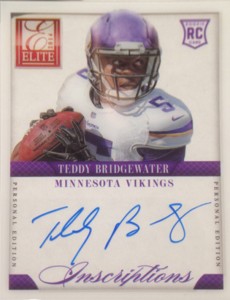 Then, there are his autographs from the Rookie Premiere, which look nothing like any of the other autographs he signed up until this point. Hopefully, this is the end of the variations and Bridgewater has found autograph he likes and sticks to it.