We have arrived at the end of the countdown as we wrap up with the BGS 100 Most Submitted Cards: 10-1. So far this countdown has had its fair share of surprises, but there is one more left to reveal. However, we still have a few cards before we get to that. Let’s get started with card number 10.

This card, in this spot, is a precursor to things to come. Completely unlike Randy’s entry back at 63, he looks strong and confident here. Kind of like he belongs in the Top 10. Like many of the cards to follow, this one screams “I collected when I was a kid, I wonder if they are worth anything?”. The answer to that is usually a resounding “No”, but sometimes it works out. While this Randy Johnson rookie isn’t going to make you rich, the low risk/high reward factor is in play for this late ’80s staple of collecting. 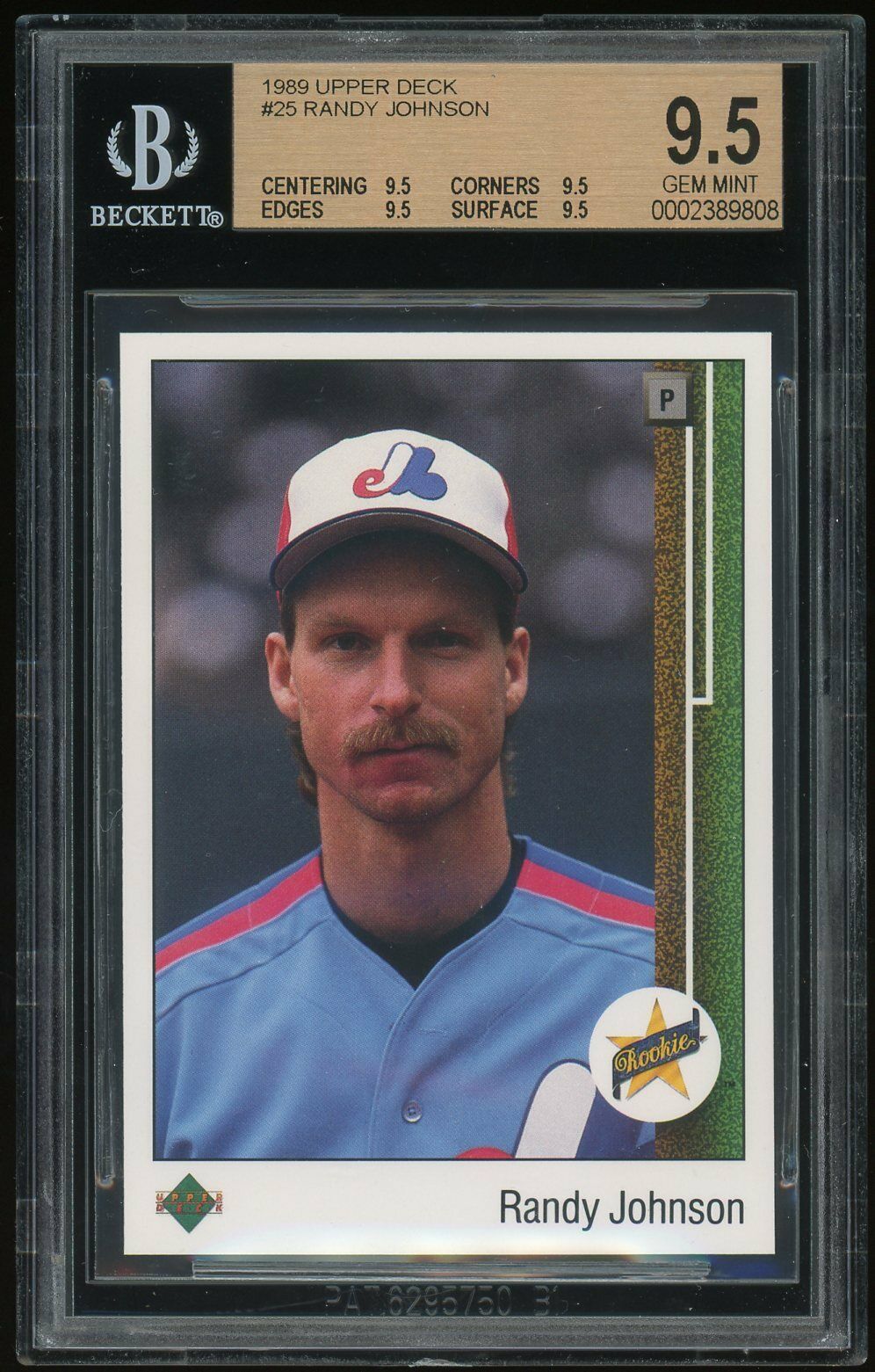 I feel like this Derek Jeter rookie is a must-have for any collector. In fact, I would be willing to bet that many collectors do own this card but it has been stored away in a commons box for the last 20 years. Well, it’s probably time to dig it back out. Gem Mint copies sell for around the $225 mark and Pristine copies are 10 times that.  Take that $600 stimulus check. 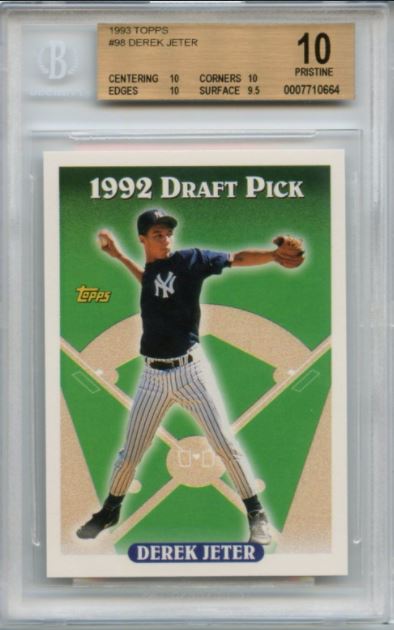 Oh, look, another Barry Bonds rookie on the list. For those of you not keeping count, this makes card number five which now ties him with Michael Jordan and Shaquille O’Neal for most cards on the countdown. SPOILER ALERT,  this isn’t the last Bonds card either. 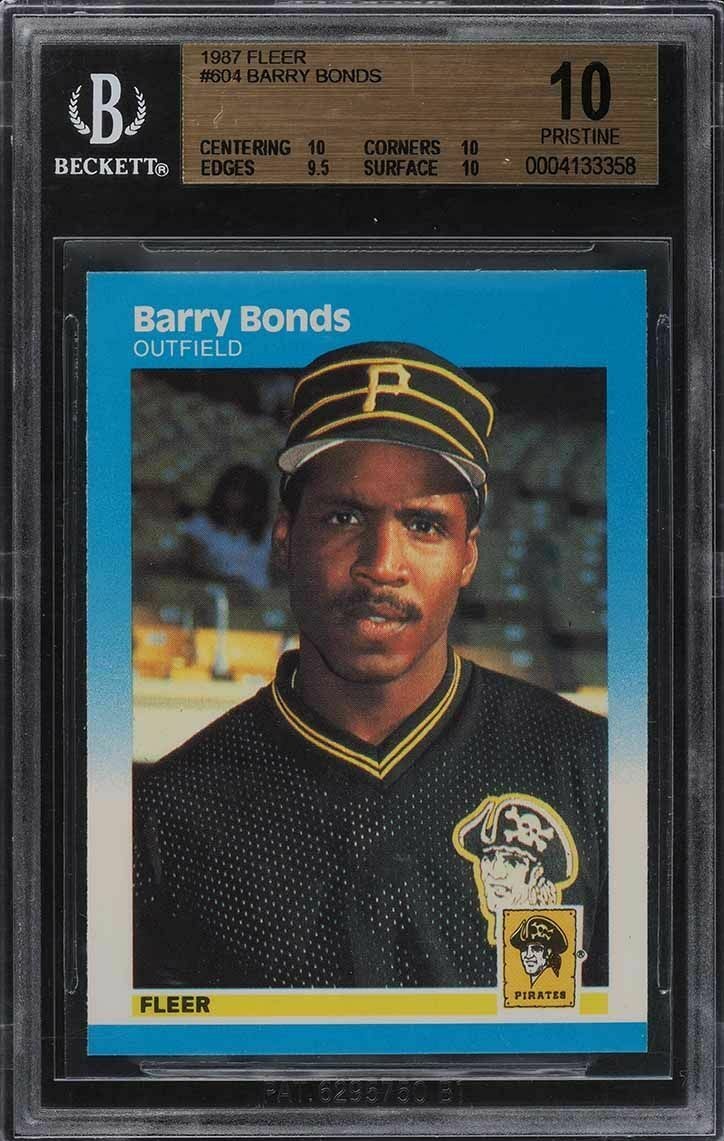 Here’s another card that you might have in your commons and you might not even know it. This ’94 Alex Rodriguez has seen huge growth on the secondary market with a few Gem Mint copies selling for around $1,500. Seriously, head back over to your parent’s house, get your cards out of the basement, and see if you might not find one. 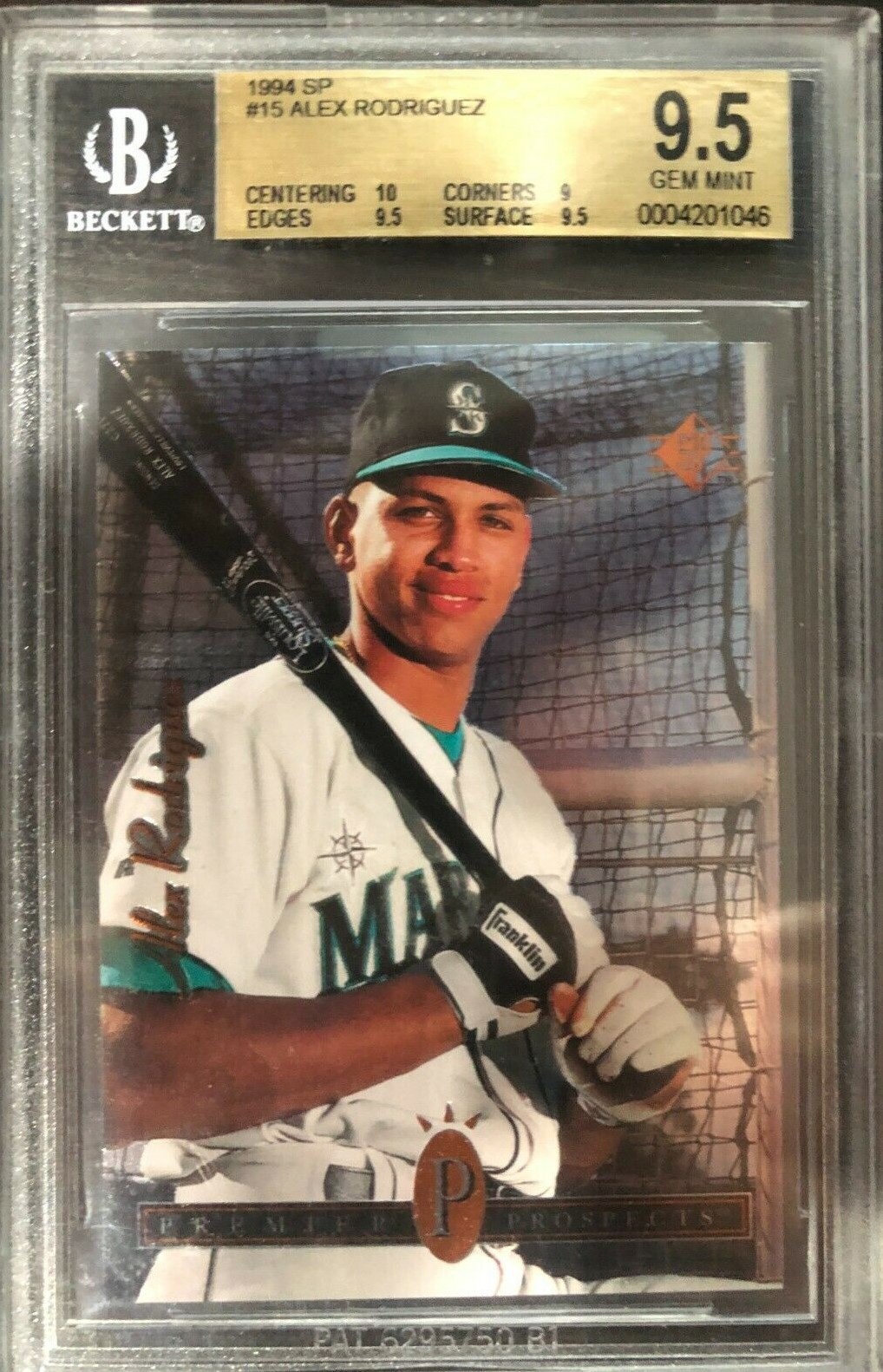 All right, you may not have the ARod or Jeter rookies in your commons, but chances are you have this Ken Griffey Jr rookie in a 9-pocket page. If you’re anything like me it’s most likely in your Griffey Jr. binder, or possibly in your Mariners binder. Either way, ’89 Donruss isn’t exactly scarce, so chances are you likely have more than one copy. 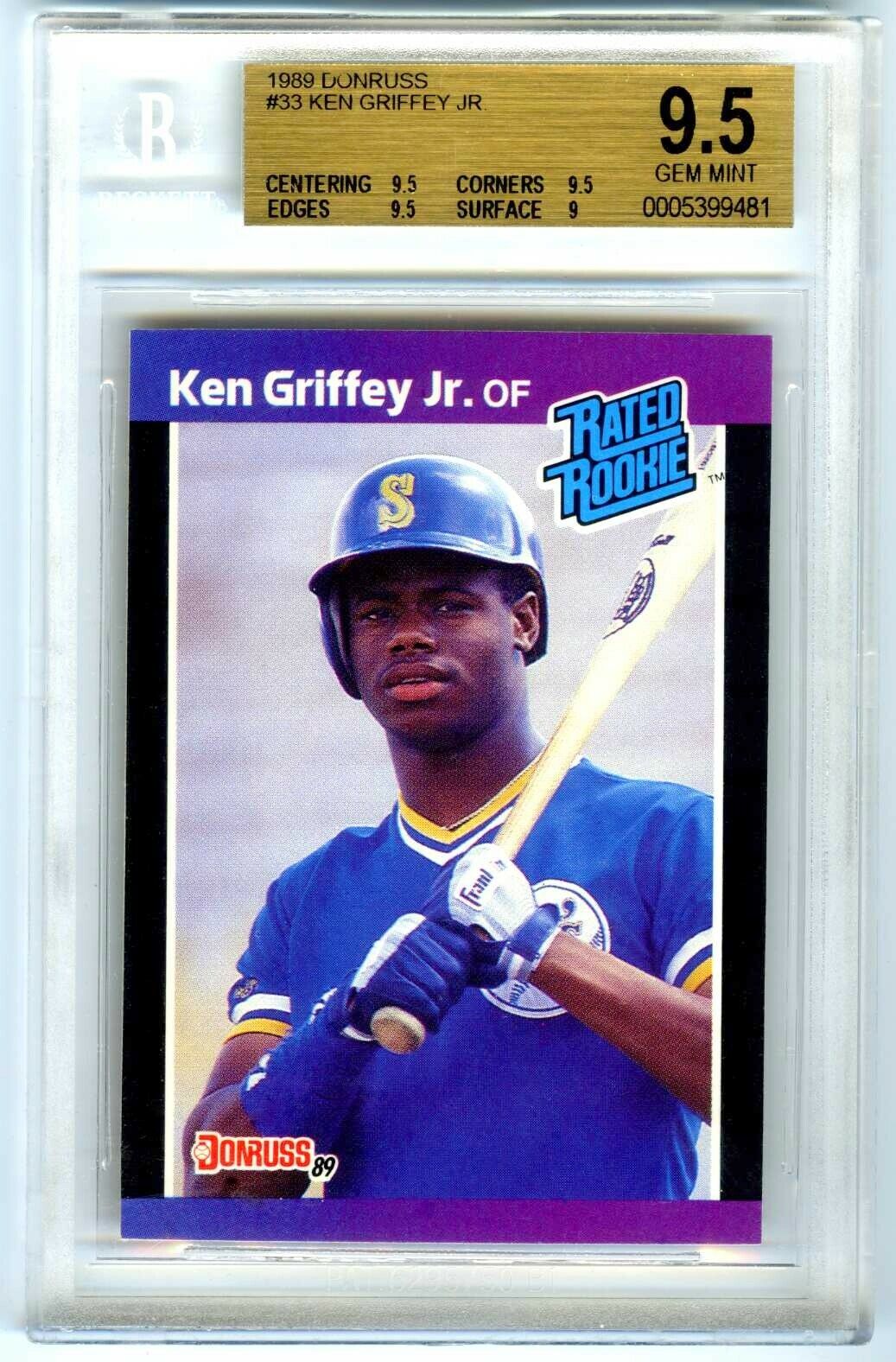 This Mark McGwire rookie isn’t elusive by any means, but I have never owned this card. I’ve always been of the mindset that I could grab it if I really wanted to. However, by its ranking in the Top 5 on this countdown, I’m starting to think I should pick one up sooner rather than later. 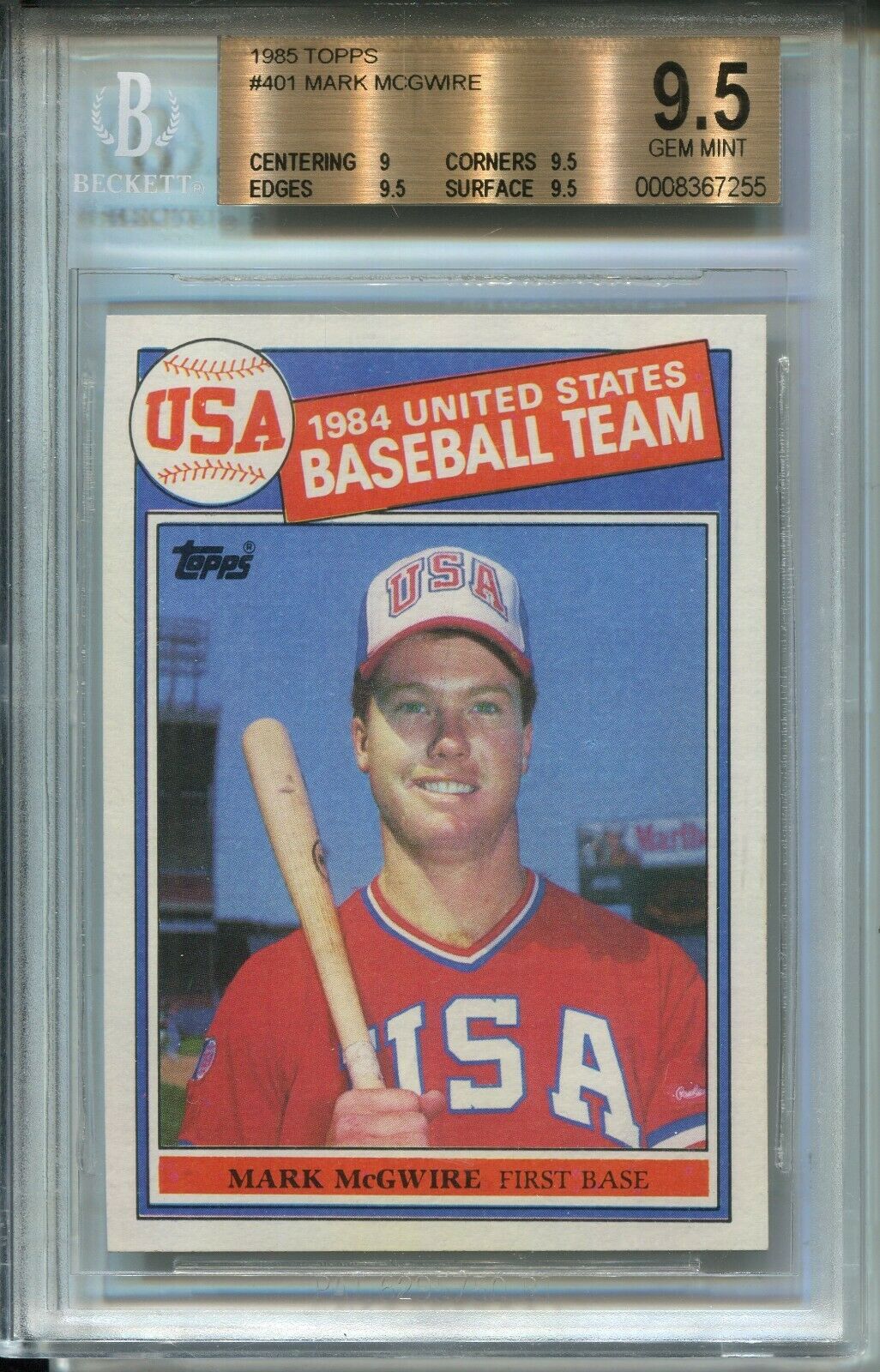 I have been at Beckett for just under 7 years now. In my time here I cannot recall seeing more copies of a condition sensitive card come through this office. The difference in half a point can literally be $1,000s. I have seen hopes crushed and days made centering around this card.  The beautiful thing is, just like a few of the cards above it, you really might have a few copies stowed away in a box. 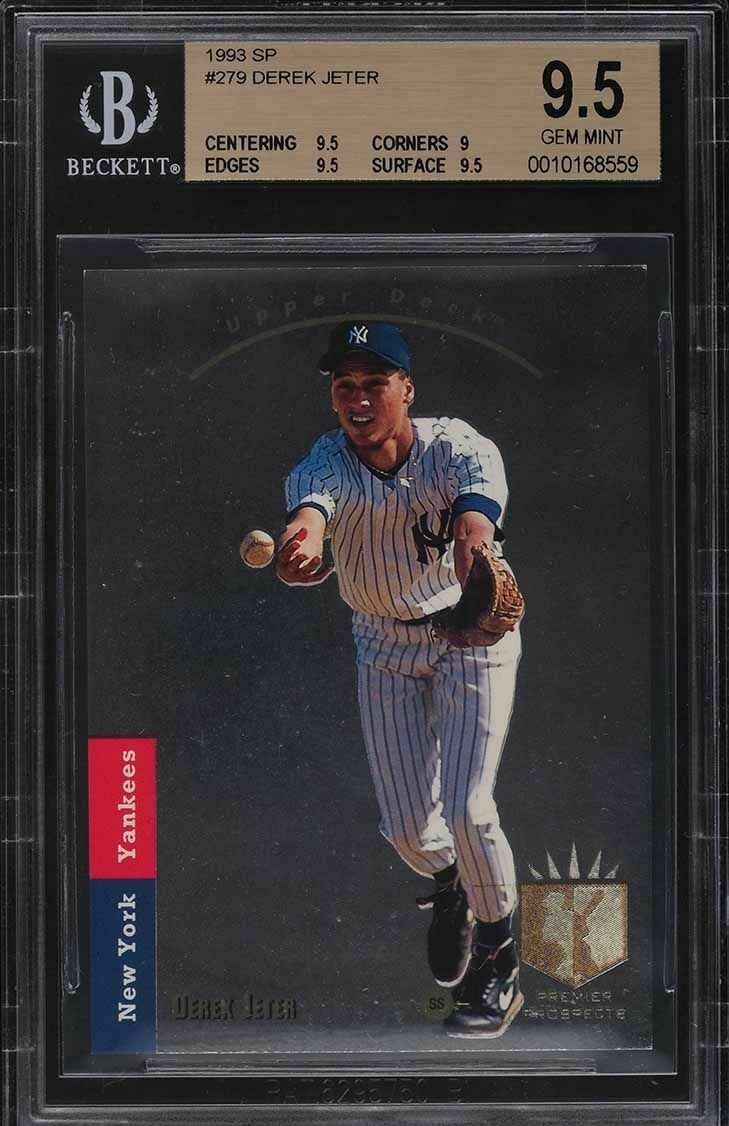 Where XRCs are concerned, this Barry Bonds may be the most sought after in the industry. Usually, the term XRC is the source for great debate with collectors. Some rookie collectors turn their noses to them, while others welcome them into the fold. Either way is fine with me, but what cannot be debated is the fact that this Bonds packs a punch out of a Traded set that can be had for about $20. Furthermore, you’re going to find XRCs of Jackson, Clark, and Canseco as well in said set. 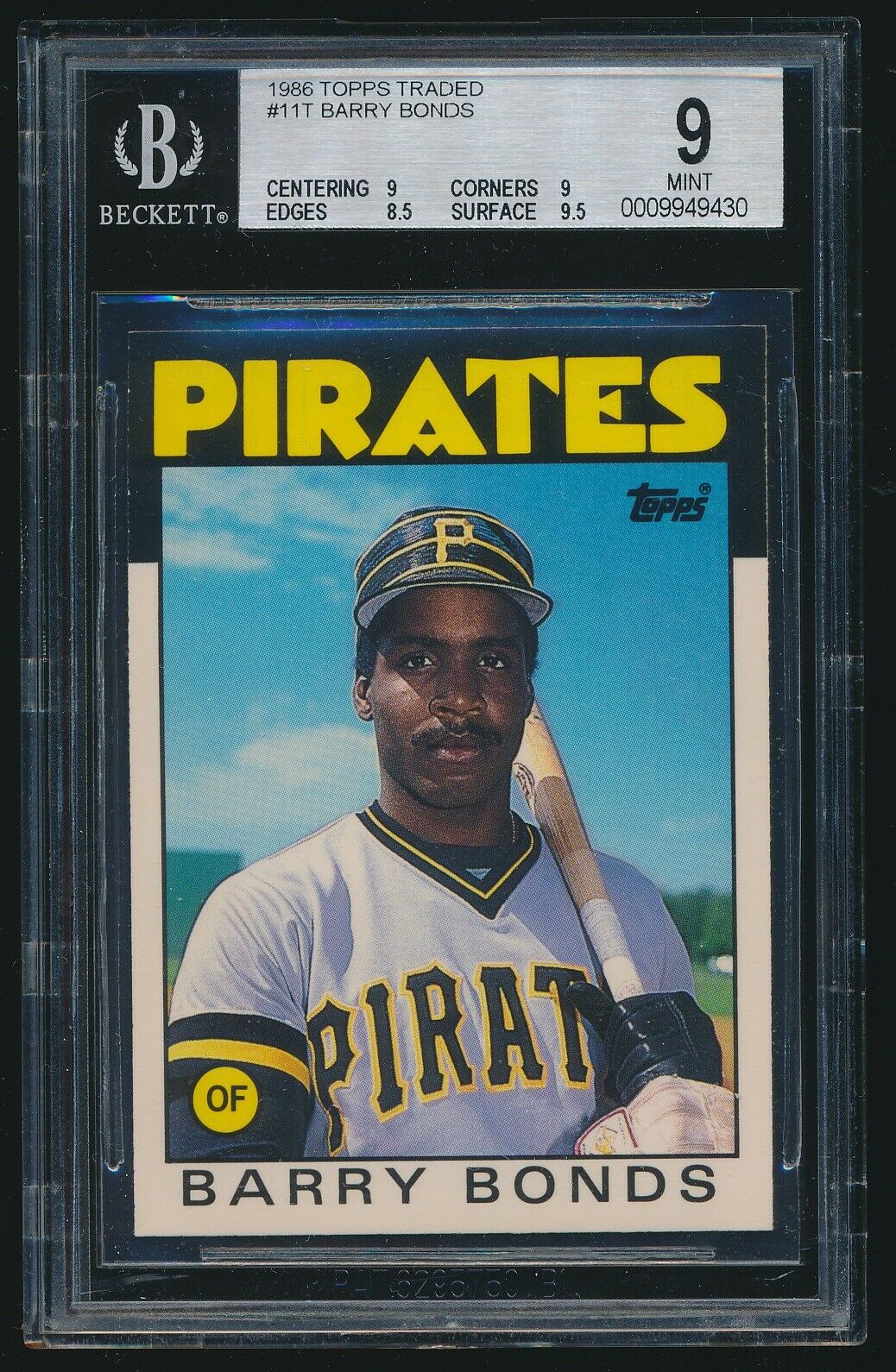 Talk about timely. This was pure coincidence, but seeing this card at number two on this list is fantastic. With the release of HBO’s “Tiger” collectors have been hitting the secondary market looking to buy and sell these, but it appears that this is actually the second Tiger Woods boom. Not to mention, this is the only golf card on the list and it’s sitting here at number two. Simply fantastic. 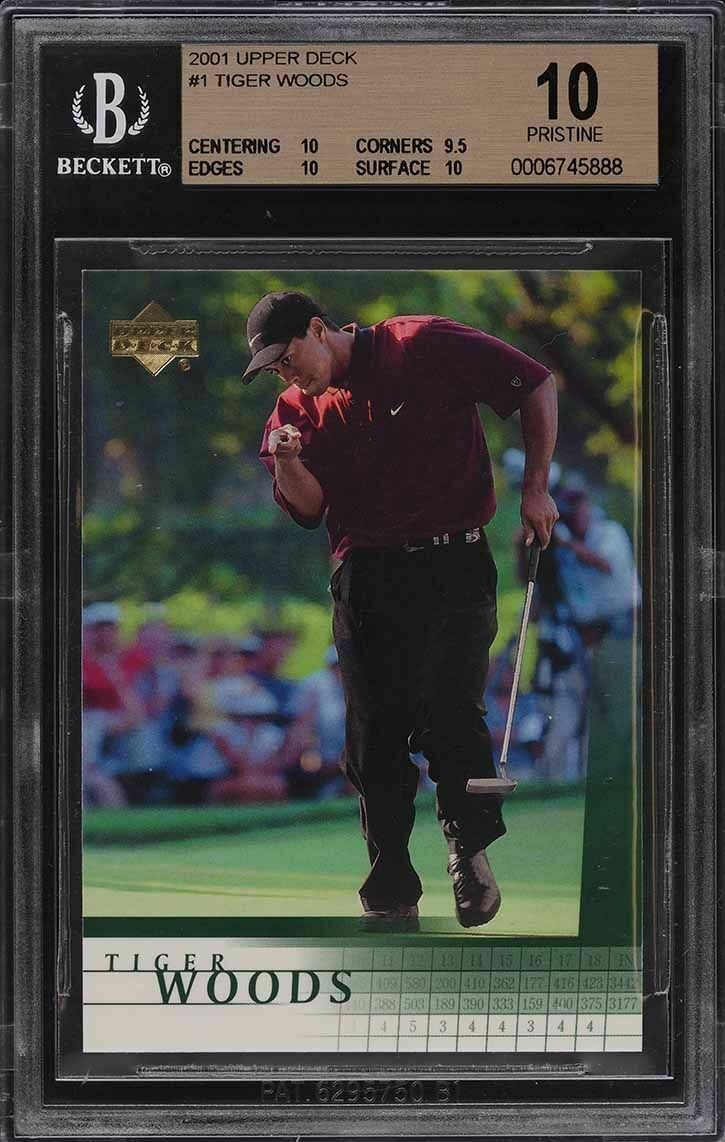 Finally, we have reached the end of the countdown with probably the most iconic card of a generation. This conclusion feels a little anticlimactic given the card at number two, but I don’t think this was ever really in question. It was always going to be the ’89 Griffey Jr. at number one. It’s the way this list had to end. 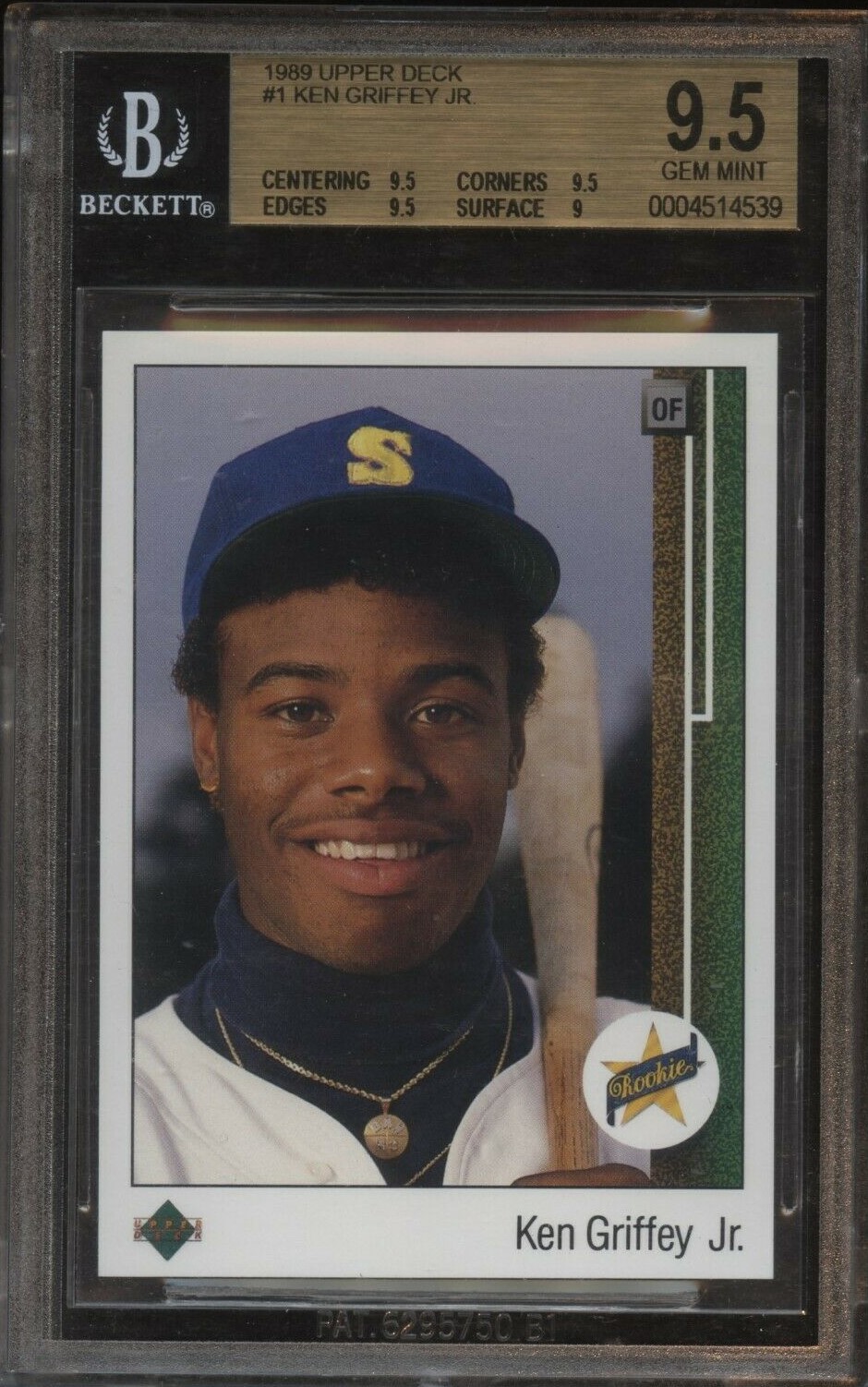 That’s a wrap for the BGS 100 Most Submitted Cards: 10-1. I’ll be back next week for some final thoughts and a few updates on the cards featured on the countdown.