Fenway Park will be hosting its 100th anniversary game on April 20 — next Friday — and Medway, Mass.-based That’s My Ticket will be there in case fans want to celebrate being there (or just mark the occasion) with a memento.

The company, known for its licensed canvas blowups of past tickets and other reproduction displays, will have a line of personalized items and 100th anniversary pieces ready for fans just in time for the game.

“We know how significant this event is, and it’s important fans know they can get something special, something personalized made directly from their April 20 ticket,” said company president Dean Macchi. “And we do it right here in Medway. ” (Want a full checklist of the 90,000-plus Sox cards on Beckett.com or a Sox OPG? Click here.)

The line will include such regulars as its canvas Mega Ticket as well as single-ticket frames, a Tickets to History print with images of tickets  from the past as well as several personalized items. Those can have one’s own ticket stub placed into the display — and additional information about where they were at the game — or have a spot for a photo. The full lineup of Fenway anniversary items can be seen on the company’s Website. Click here.

“We’re excited to bring That’s My Ticket’s 100th anniversary line in and to offer it to fans,” said Mark Kaczorowski, the director of memorabilia at The Yawkey Way Store across from Fenway Park. “The unique design of the April 20 ticket is ideal for the variety of visually stunning products That’s My Ticket creates.” 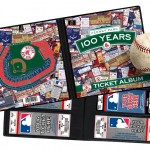 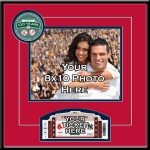 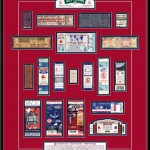 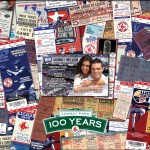 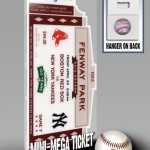