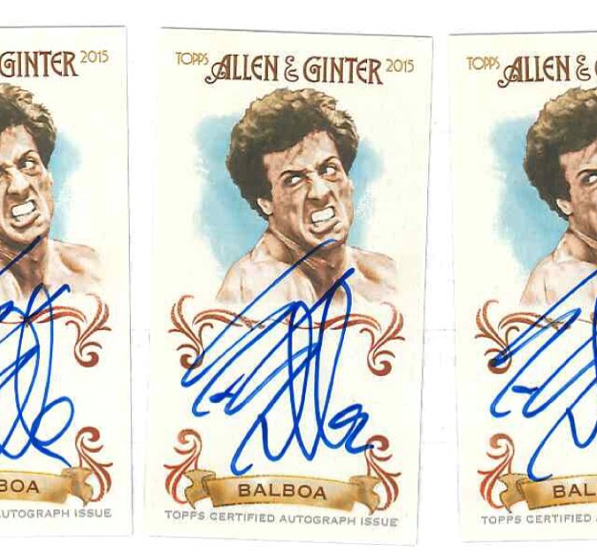 The 10th edition of Allen & Ginter will pack some punch.

Topps revealed on Thursday that Sylvester Stallone will be signing cards for the 10th edition of the retro-styled baseball card set that includes other notables in the sports world.

In this case, it’s a boxer from the big screen, Rocky Balboa, who is a world’s champion. (Note the card is labeled “Balboa.”)

Set to arrive on July 22, Ginter will include a mix of three Relics, framed cards and autographs in every 24-pack hobby box. The autographs will be Stallone’s first to appear in a sports card set — he appears on autographed cards in the Americana release from Panini America, which arrived on Wednesday.

Earlier this week, the company announced the brand will be the launching point for the company’s first autographed cards of Ichiro Suzuki and the return of his first base cards from the company since 2012.