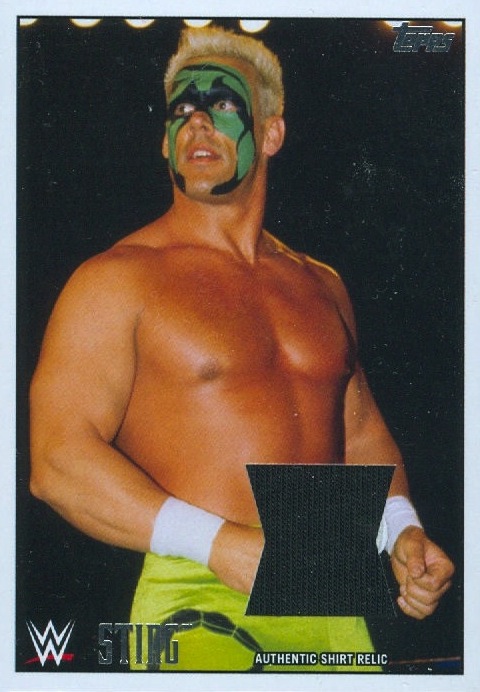 Sting has his first WWE trading cards with the arrival of 2015 Topps WWE this week, but collectors will find even more for the wrestling icon if they shop around.

The storylines that will lead long-time wrestling star, aka Steve Borden, into his first match with WWE have yet to be written, but he’s got plenty of non-WWE appearances over the years as he has held countless championships and picked up countless more honors in a highly decorated career with the NWA, WCW and TNA.

In addition to the autographs and Relics, there will be a 10-card Sting Tribute set with the first five cards found in jumbo packs and the second five found only in blaster boxes.

Rousey card could be knockout acquisition