Cryptozoic’s run with the Arrow trading card line has been a good one thus far. They’ve managed to include autographs from much of the main cast. However, there’s been one major holdout — lead star Stephen Amell.

But that’s about to change. Stephen Amell autographs are on the way.

Take a good look at the photos in this tweet:

That’s a lot of Outlander autographs. But look a little closer.

Specifically, look under the Outlander cards in the first two pictures from the tweet. 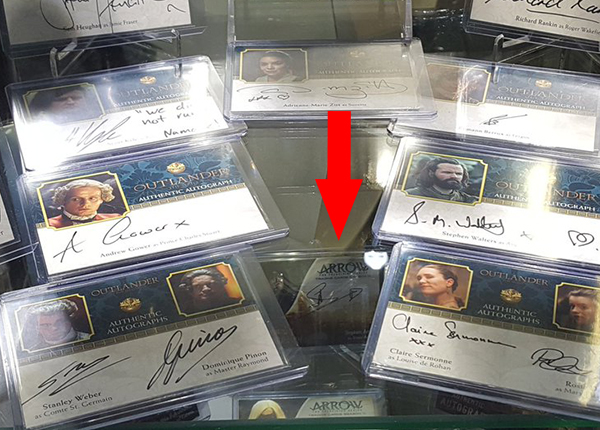 There in the middle is the trademark Arrow mask. The fact that Amell’s name is on the card is a giveaway as well.

No further details on the Stephen Amell autograph cards or when they’ll be released has been announced by Cryptozoic.