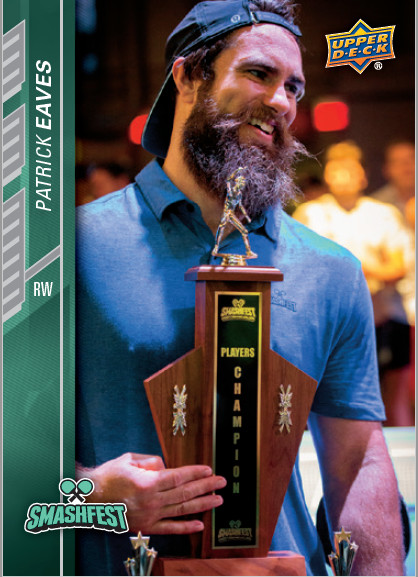 One of the most exciting events for hockey fans in the Toronto area during the summer months is the annual NHLPA Smashfest, which sees several current and retired NHL players convene for a table tennis tournament and raise money to benefit concussion and rare cancer research

Now entering its sixth year and hosted by Dominic Moore, card collectors in attendance can also get in on the action with an exclusive trading card set featuring some active players in tournament action thanks to the folks at Upper Deck. 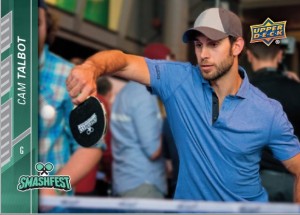 Found on the checklist this time around is reigning Smashfest champion Patrick Eaves along with previous attendees Derick Brassard, Alex Burrows, Aaron Ekblad, Chris Kreider, Mitch Marner, Sean Monahan, Antoine Roussel, Cam Talbot, and Tom Wilson. The numbering continues from the previous series and the cards are likely to prove to be scarce on the secondary market.

Over 25 NHL players are expected to be at SmashfestVI, which will be held on July 20, 2017 at the Steam Whistle Brewery. Confirmed attendees thus far include Roussel, Burrows, Eaves, Joseph Cramarossa, Chris Tierney, Connor Carrick, and Ryan Spooner with many more to be announced in the coming weeks.

For more information and to learn how to purchase tickets, visit the official NHLPA Smashfest website.

Picking Up the Logan Blu-ray? A Walmart ...